Did you mean: Character ?

The Name Character in Chinese / Japanese...

Personalize your custom “Character” project by clicking the button next to your favorite “Character” title below...

This Japanese word speaks of the quality of your personality, character, personal appearance, or gentility.

This is a form of discipline which suggests training of the mind and character, aimed at producing self-control, obedience, etc.

You would be giving someone a great honor by presenting this wall scroll to them as a gift.

大丈夫 is a Chinese, Korean, and Japanese title that means, a manly man, a man of character, a great man, or fine figure of a man.

In Japanese, this can also be used to mean safe, all right, alright, OK, sure, or "no problem". Basically, used in Japanese for something of that is undoubted or very acceptable.

人格者 is a Japanese and Korean title that means, "person of character". 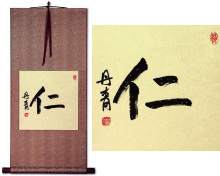 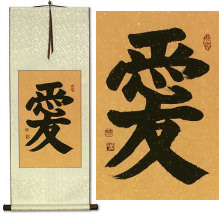 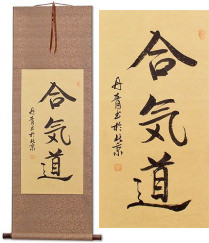 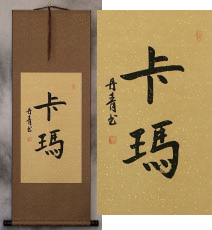 59 people have searched for Character in Chinese or Japanese in the past year.
Character was last searched for by someone else on Apr 19th, 2021