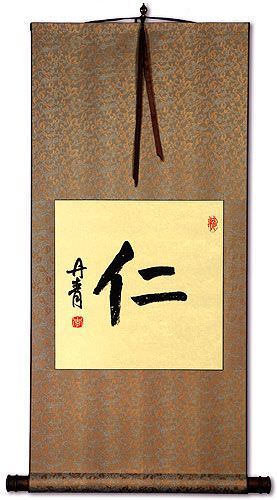 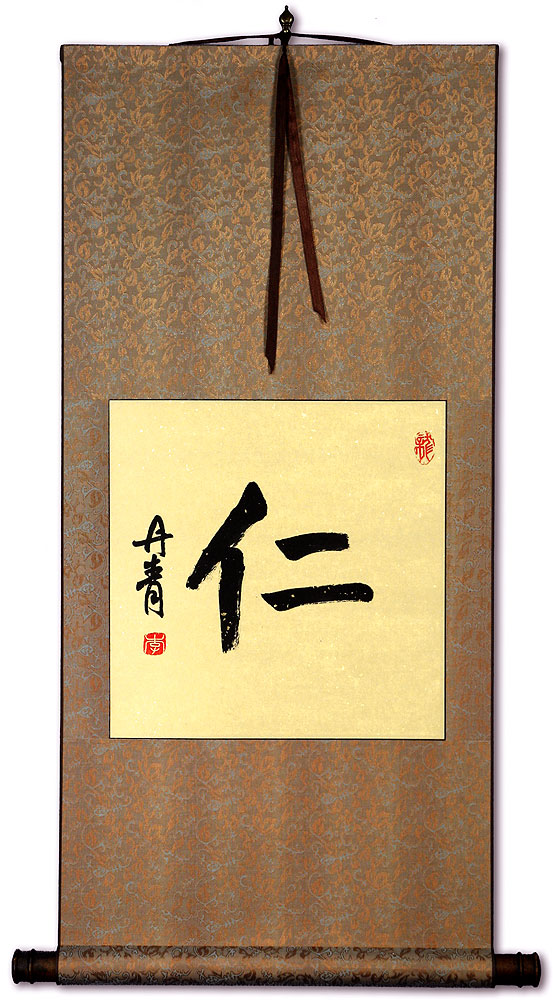 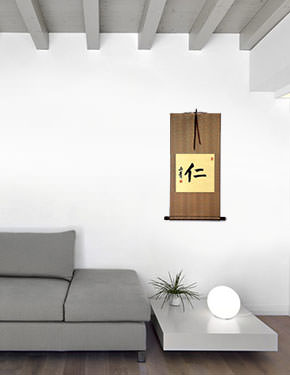 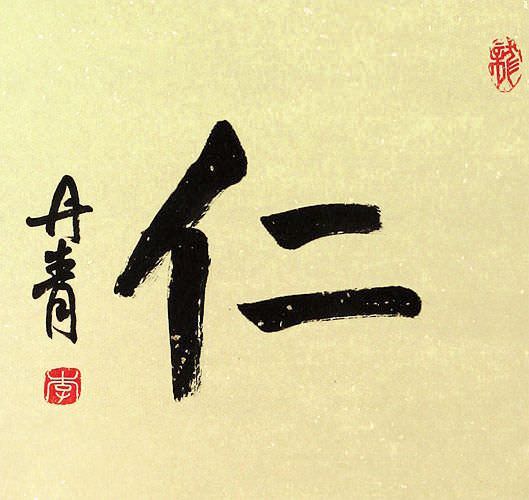 Beyond "benevolence" this character can be also be defined as "charity" or "mercy" depending on context.

This is one of the five tenets of Confucius. In fact, it is a subject in which Confucius spent a great deal of time explaining to his disciples. From that philosophy, this character became part of the Bushido (Way of the Warrior, or Samurai Code) in Japan.