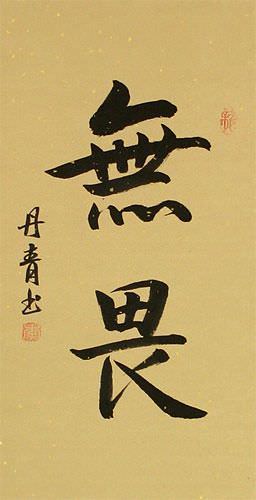 Note: This also means "No Fear" in Japanese and Korean, but this character pair is not often used in Japan or Korea (used somewhat by Korean Buddhists to mean fearlessness).

In recent years, this term is starting to appear in various Chinese and Japanese dictionaries with definitions like "without fear", intrepidity, fearless, dauntless, and bold.