Did you mean: Future Isa Female ?

Enter your email below, and get an automatic notice when results for Future is Female are added or updated...

Future is Female in Chinese / Japanese...

To Come / To Arrive

來 means to come or to arrive.

In Japanese, this can be the female given name Rai or the surnames Takagi or Kuru (and a few other rare names). Often written 来 instead of the original 來 in modern Japanese.

In the Buddhist context, this can mean the coming or refer to the future.

Tomorrow / The Next Sun

明日 is a common way to say "tomorrow" in Chinese and Japanese Kanji.

This temporal noun literally means "next sun[rise]". In addition to "tomorrow", it can also mean "near future".

In Japanese, this can also be the female given name Meibi. 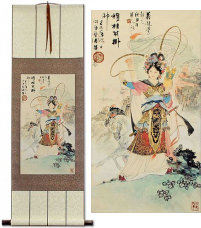 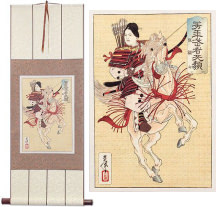 Lookup Future is Female in my Japanese & Chinese Dictionary