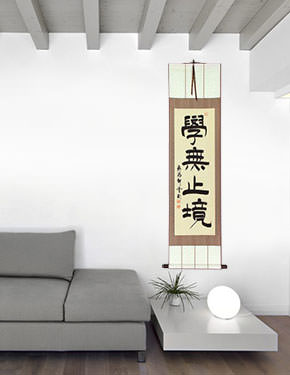 This calligraphy scroll tells of how we continue to learn throughout our lives. It can be translated in a few ways such as, "Study Has No End", or "Knowledge is Infinite"