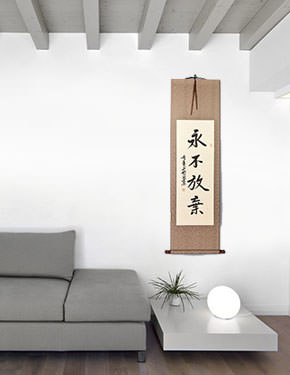 Never Give Up
Chinese Calligraphy Scroll