Enter your email below, and get an automatic notice when results for Qin Chin are added or updated...

Personalize your custom “Qin Chin” project by clicking the button next to your favorite “Qin Chin” title below...

欽 is one of a few Chinese characters that can be a surname romanized as Qin or Chin.

The actual meaning of this characters is: reverence; to respect; to admire; to venerate; by the emperor himself; imperial.

In Japanese, this can be the name Makoto. 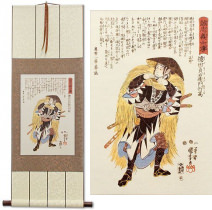