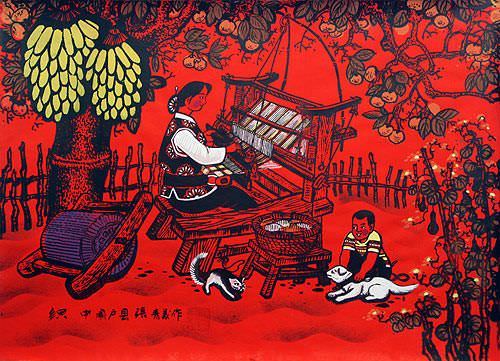 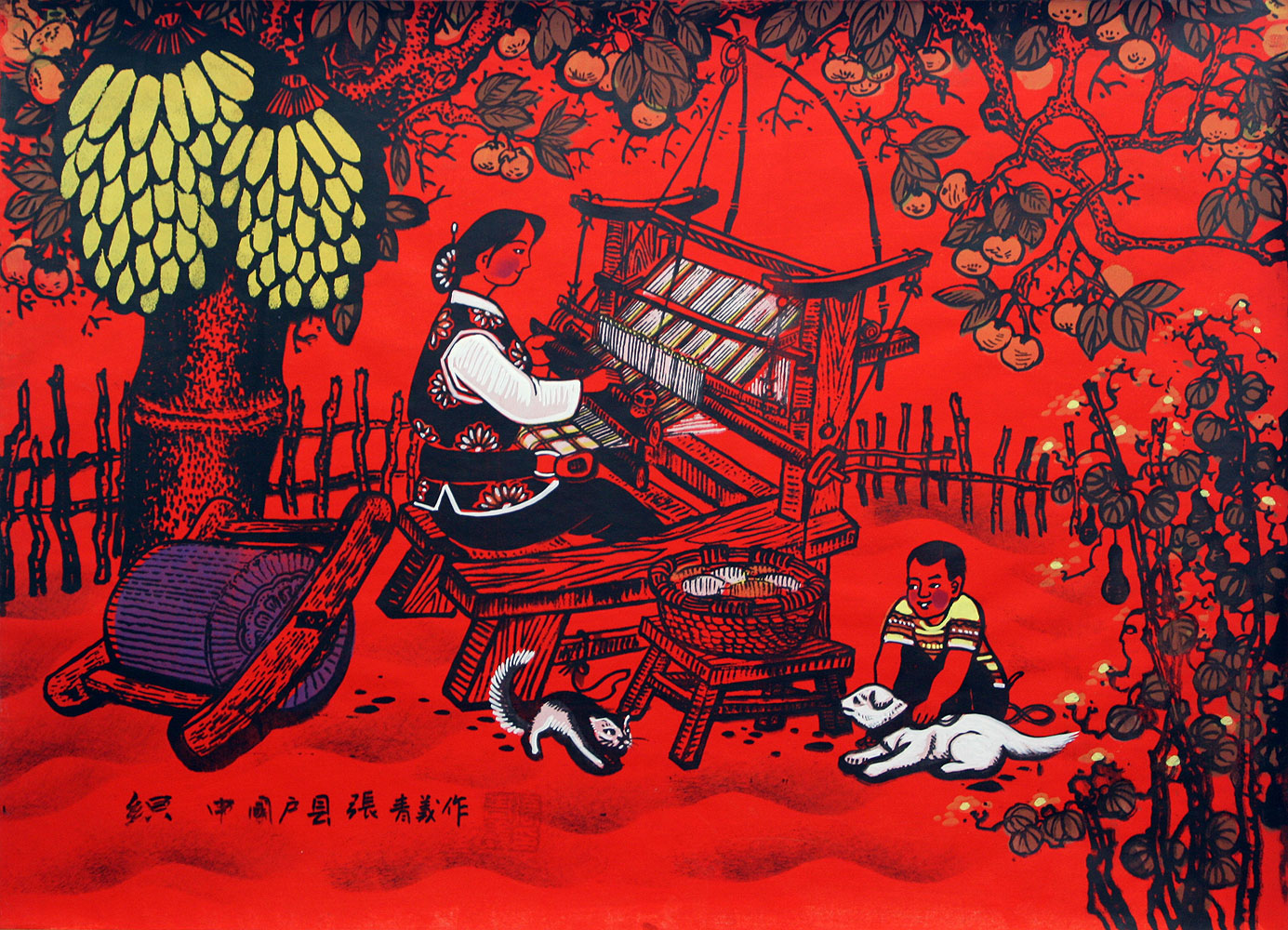 This painting features a scene of weaving cloth on a loom in a small south Chinese village.