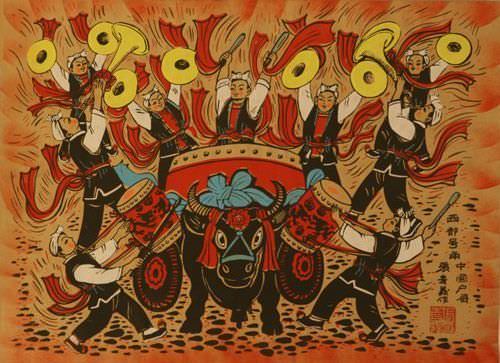 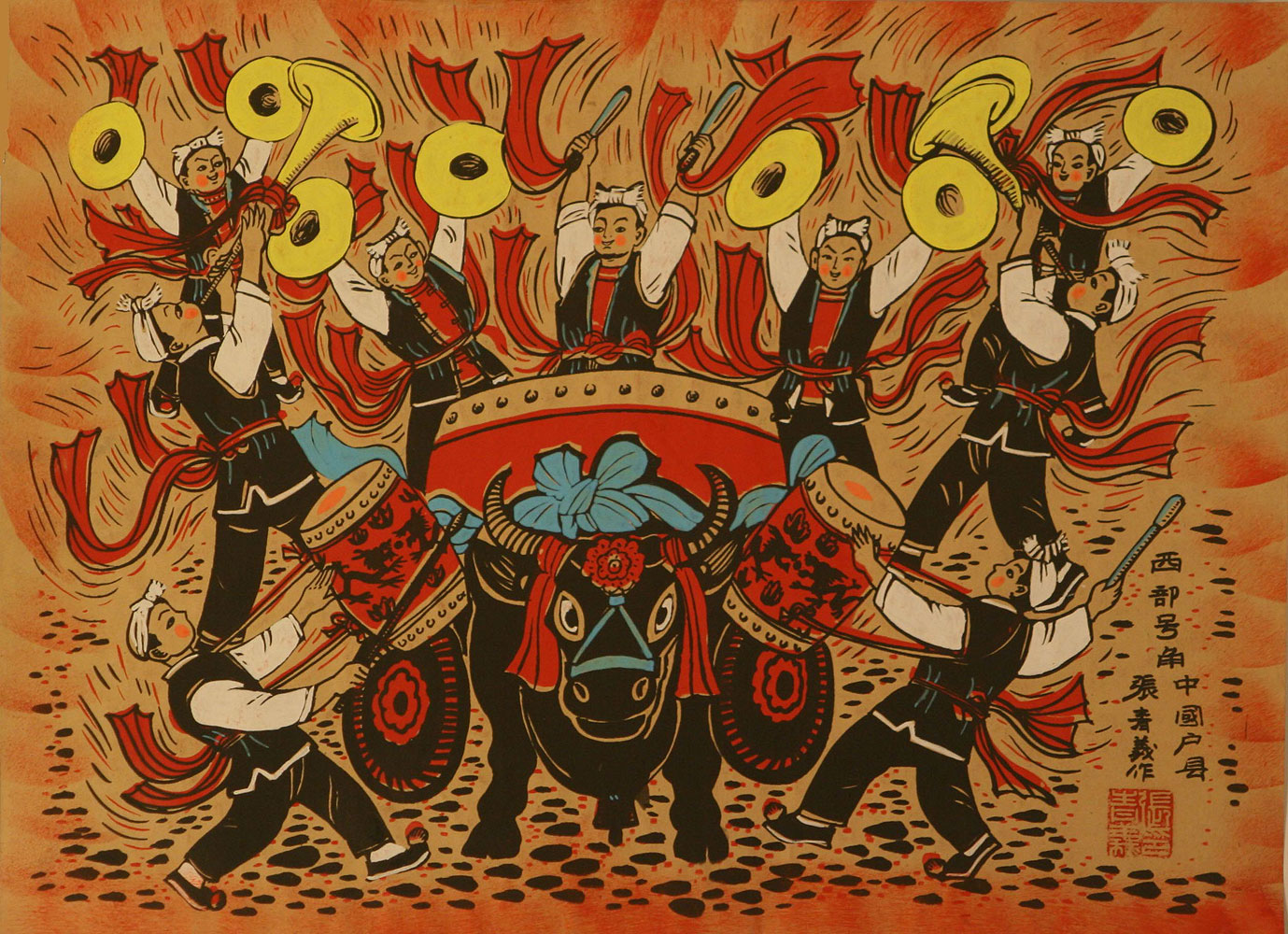 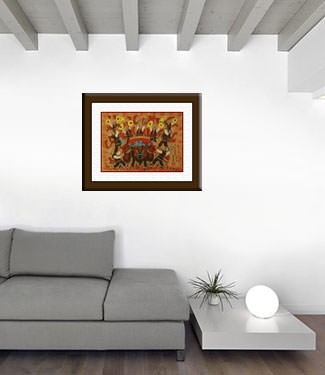 Bugle Horns of the West

This painting features a group of men from from an ethnic-minority in Gansu Province in a typical scene of celebration. Large bugles dominate the the sounds created by the men, as the beat of drums and clash of cymbals fill the background.