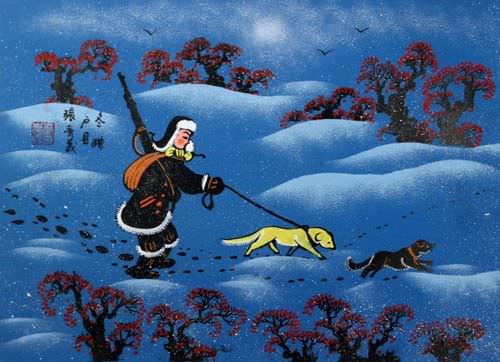 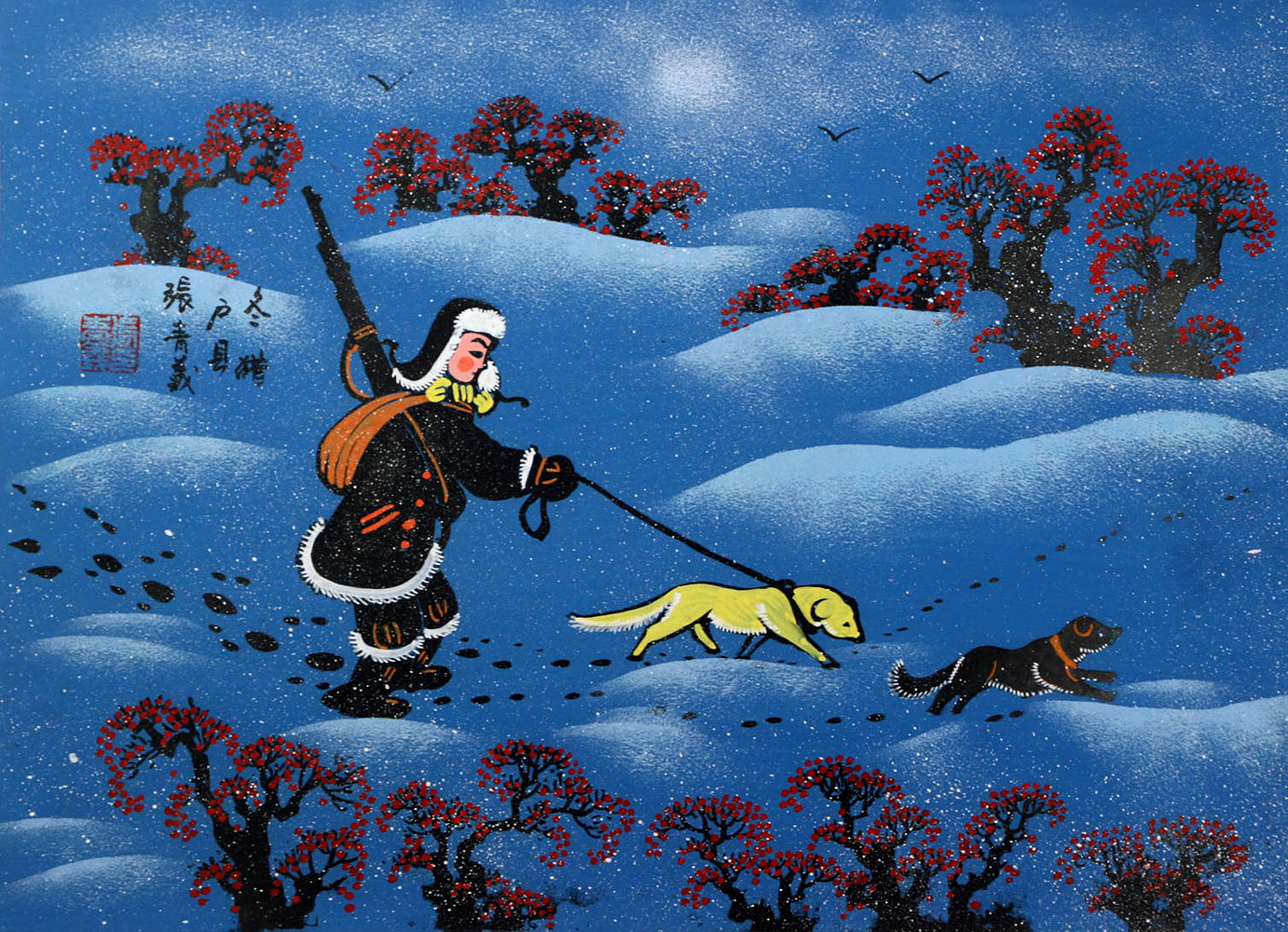 Hunting in the Winter

This young Chinese chap is out with his dogs for a Winter hunt.