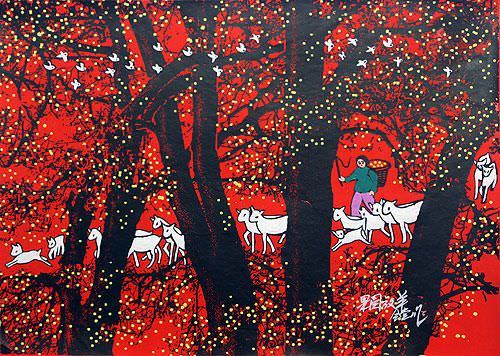 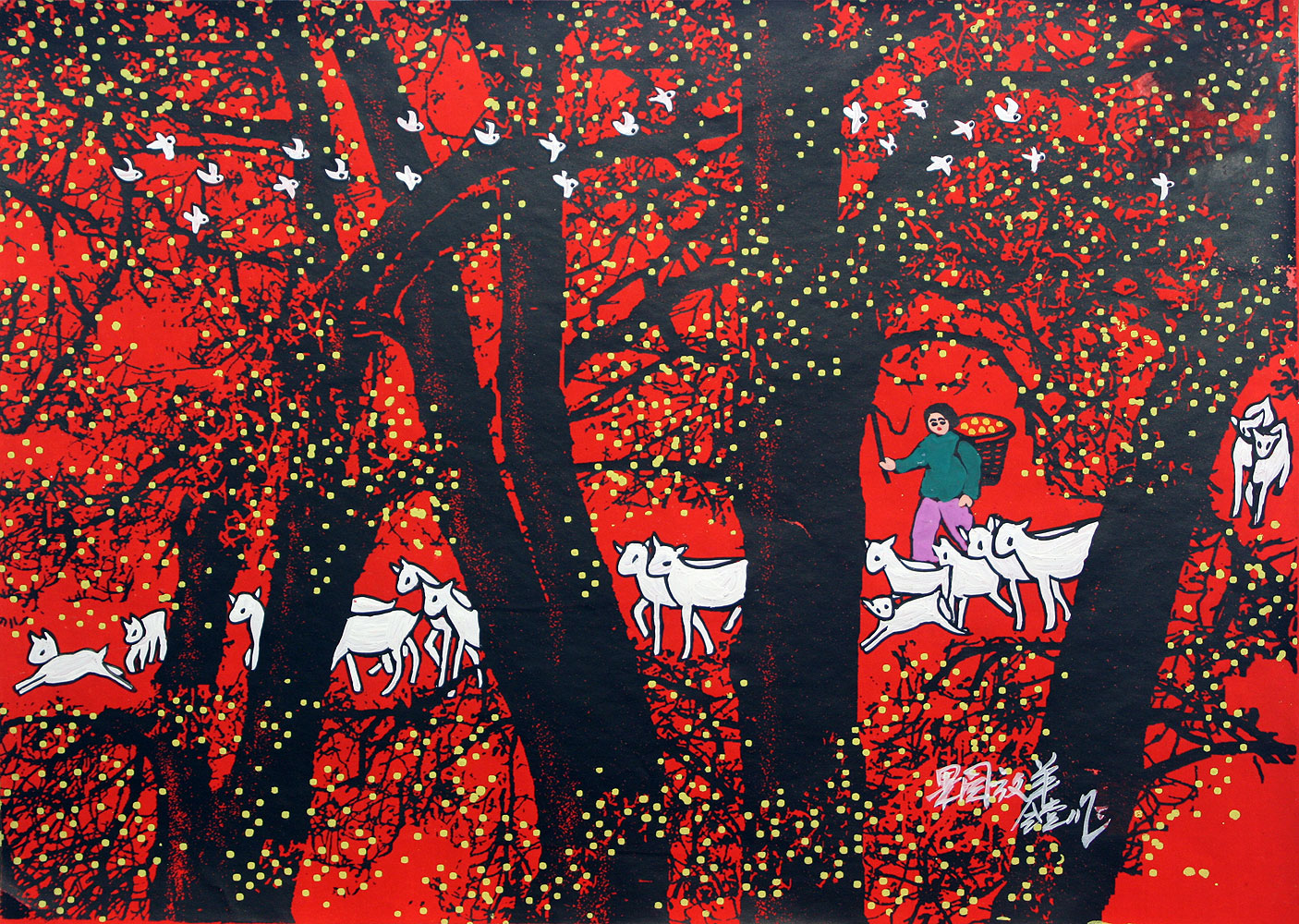 Grazing Sheep in the Fruit Grove

A Shepard or sheep-herder guides this flock through a grove of fruit. Looks like the Shepard has a basket of picked fruit on her back as well.