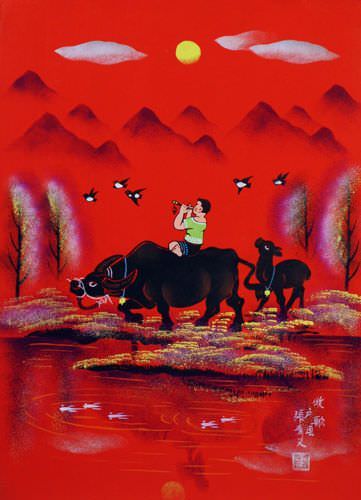 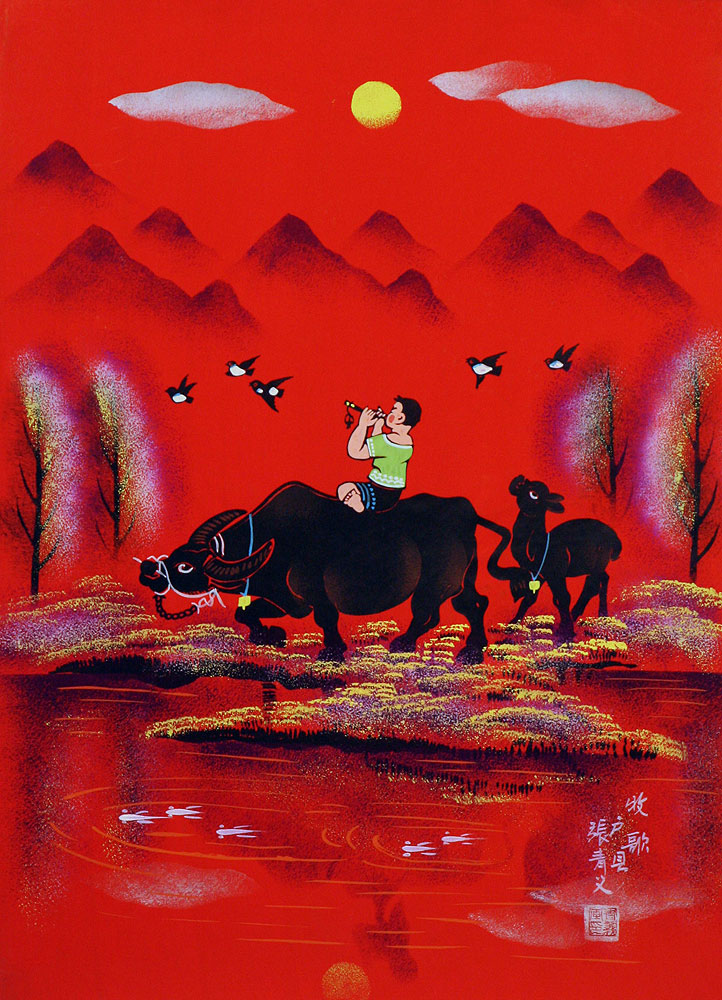 • Delivered to you in Ashburn by Nov 30th.
• Standard shipping is just $3.80 for any order.
• Hand-Painted Artwork - Each one is unique.
• Money-Back Guarantee. 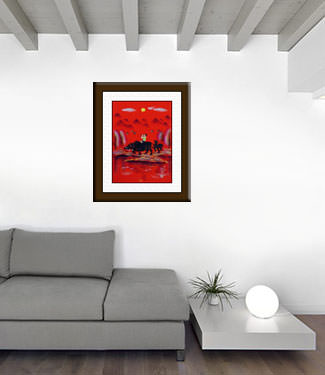 Song for the Herd

The Chinese title of this painting is "Mu Ge".

Surely this young boy that is tending to his animals is playing a traditional song for them. He is holding and blowing a little reed instrument that is made from a gourd and some bamboo.