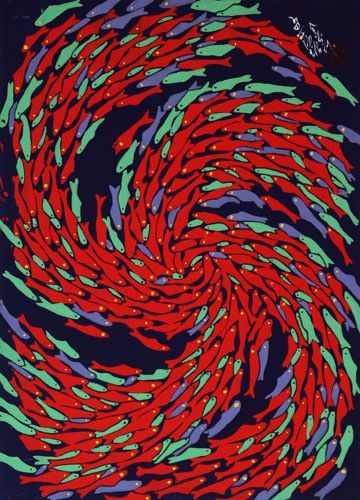 The Chinese title written on this painting is "Yú Dàng Táng", which means "Fish Swirling Pond".

It's a nice folk art painting with fish swimming in a yin yang swirl pattern.