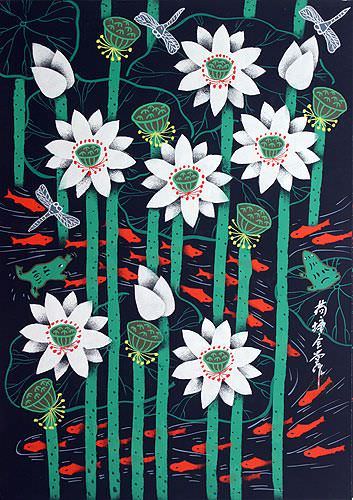 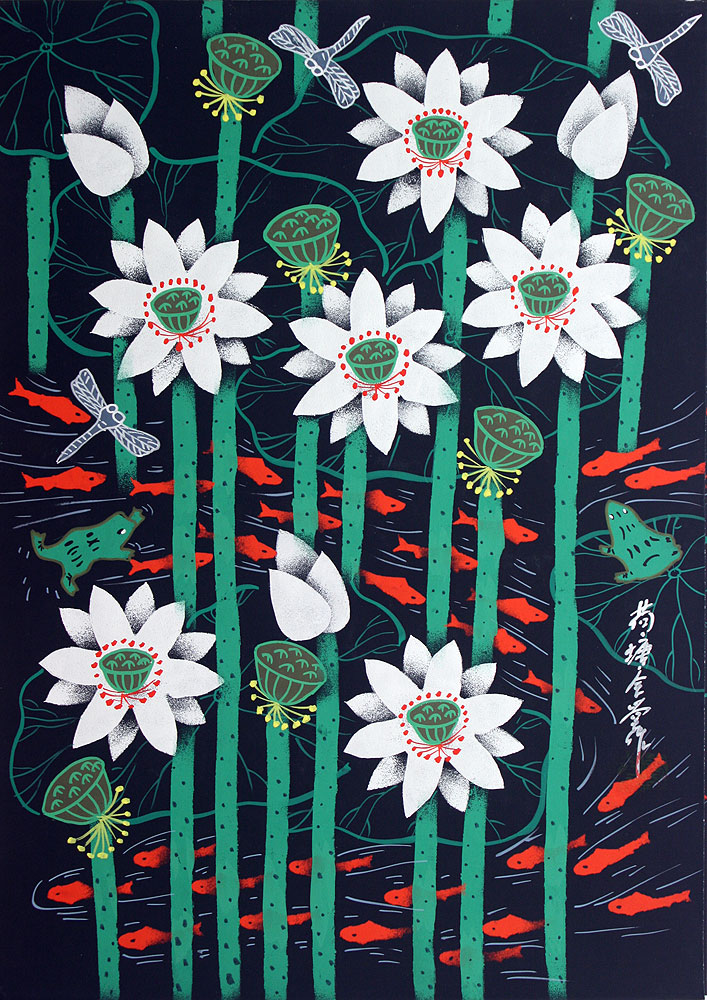 The Chinese title, 荷花小魚 means, "Lotus Flowers, Little Fish".
The rest of the characters on the painting are 曹全堂 作, which means, "Cao Quantang painted".