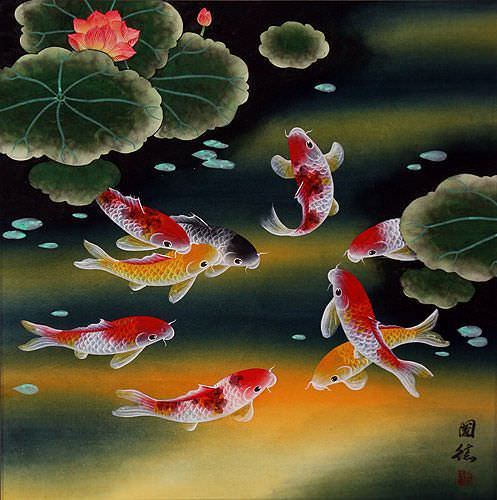 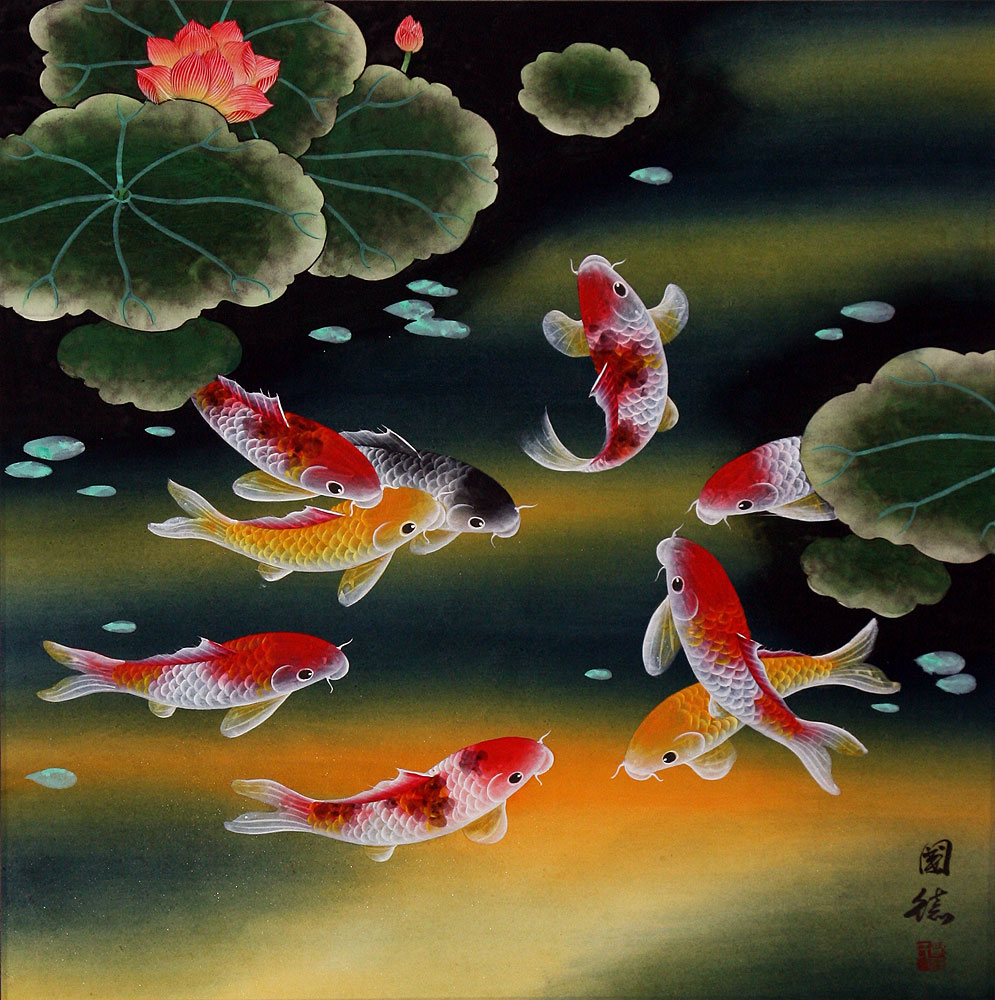 • Delivered to you in Ashburn by Sep 28th.
• Standard shipping is just $3.80 for any order.
• Unique Hand-Painted Art - Very Limited Supply.
• Money-Back Guarantee. 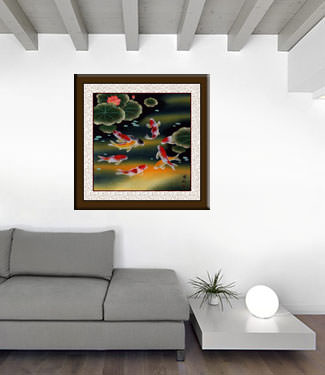 This painting has nine koi fish, and this is not by accident...

Nine is a really good number in Chinese, it represents both long life, and is "Emperor's number". Fish represent "having enough" and "being satisfied" - some say that fish represent having "enough riches".

Together, this painting represents a long and satisfying life.

Of course, koi fish are famous throughout Asia, but especially loved by Japanese and Chinese people.

The artist painted just one of these originally. It was so popular that I begged him to paint more like it.

By next month there should be a few more coming with a wide variety of different-colored koi fish. So if you miss buying this one, there are more coming, and they should be interesting.

About three full days of work went into this piece. The attention to detail really shows. This is the kind of art that you will be proud to hang on your wall....