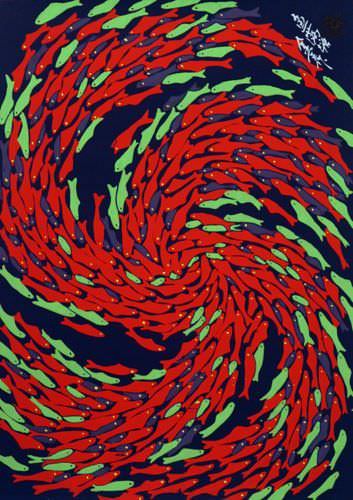 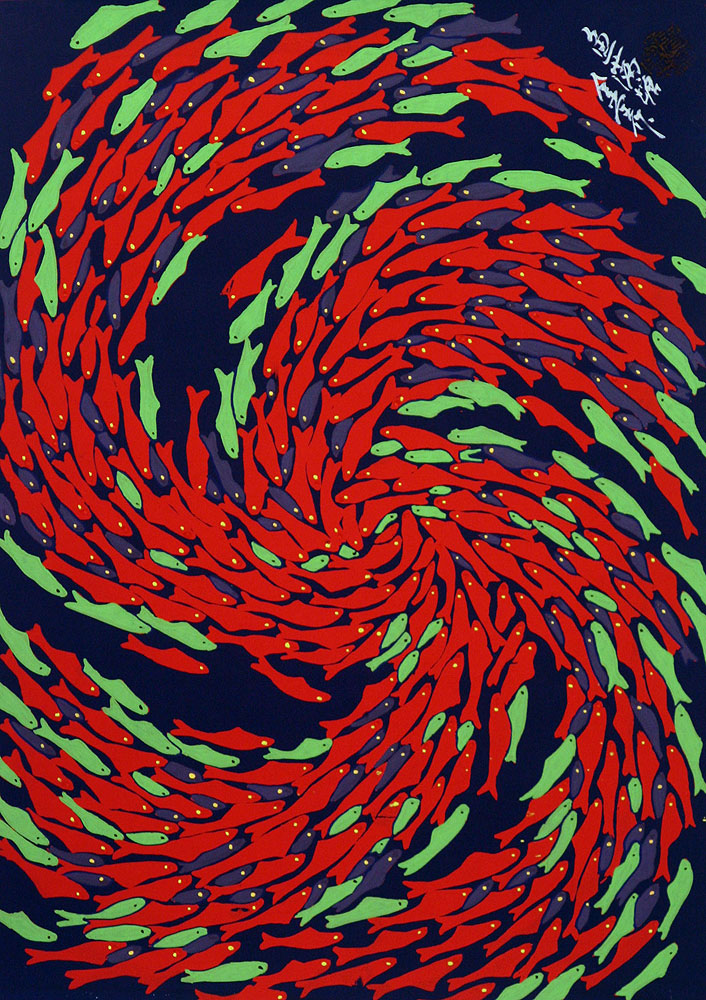 • Delivered to you in Ashburn by Feb 2nd.
• Standard shipping is just $3.80 for any order.
• Hand-Painted Artwork.
• Money-Back Guarantee.

The Chinese title written on this painting is "Yú Dàng Táng", which means "Fish Swirling Pond".

It's a nice folk art painting with fish swimming in a yin yang swirl pattern.