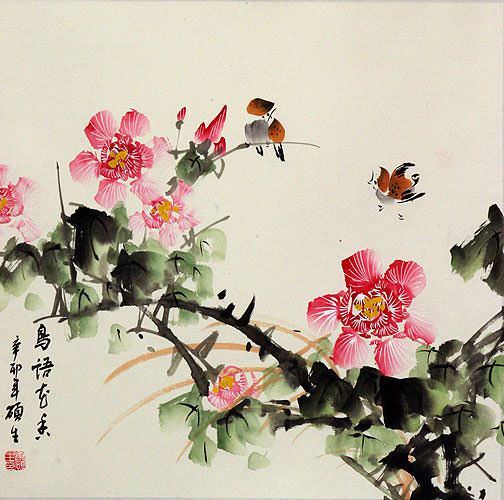 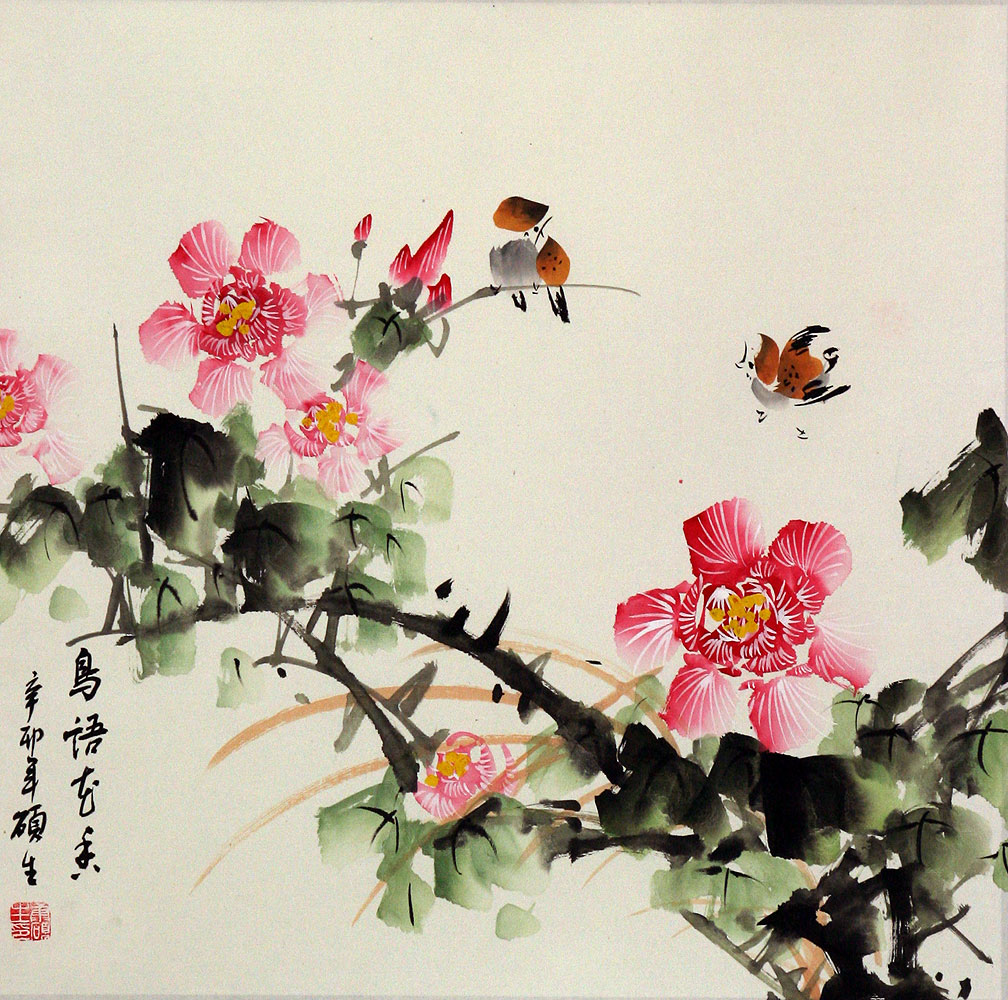 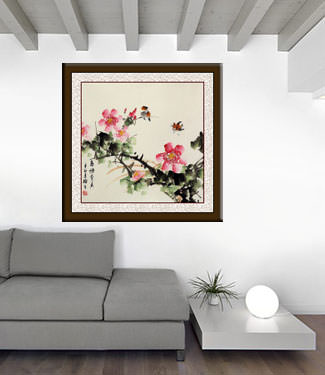 Scent of Flowers and Bird Song

The Chinese title written on this artwork means "Scent of Flowers and Bird Song" or "Flowers Fragrance, Birds Talk".

The inscription and signature read, "辛卯年 碩生" which translates roughly as, "8th-Heavenly-Stem [of the] 4th-Earthly-Branch Year (An indication this was painted in 2011), Shou Sheng (the artist's given name)".