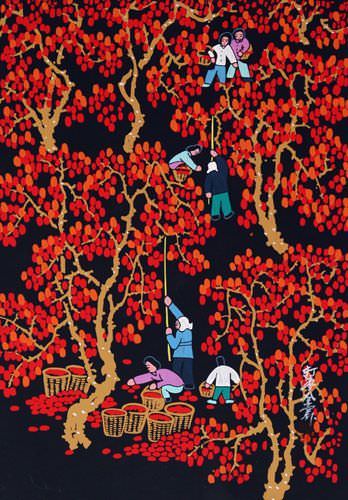 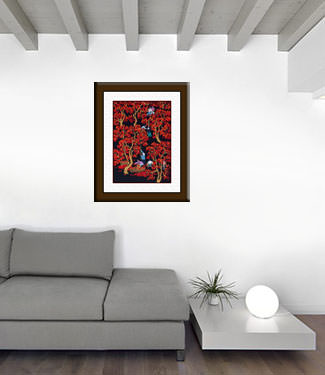 This is a nice village scene with everyone working together to pick and harvest jujubes from this grove trees. Many of these will be traded with other villages at the weekly market. Some of the jujubes will be eaten directly, or made into a candy-like treat for the kids.