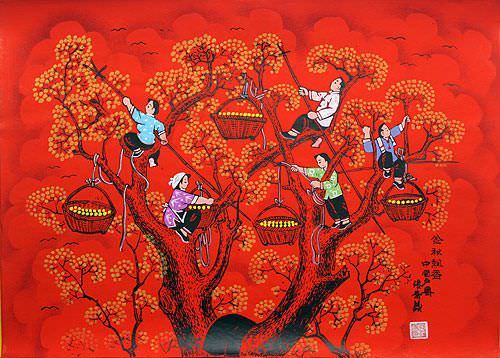 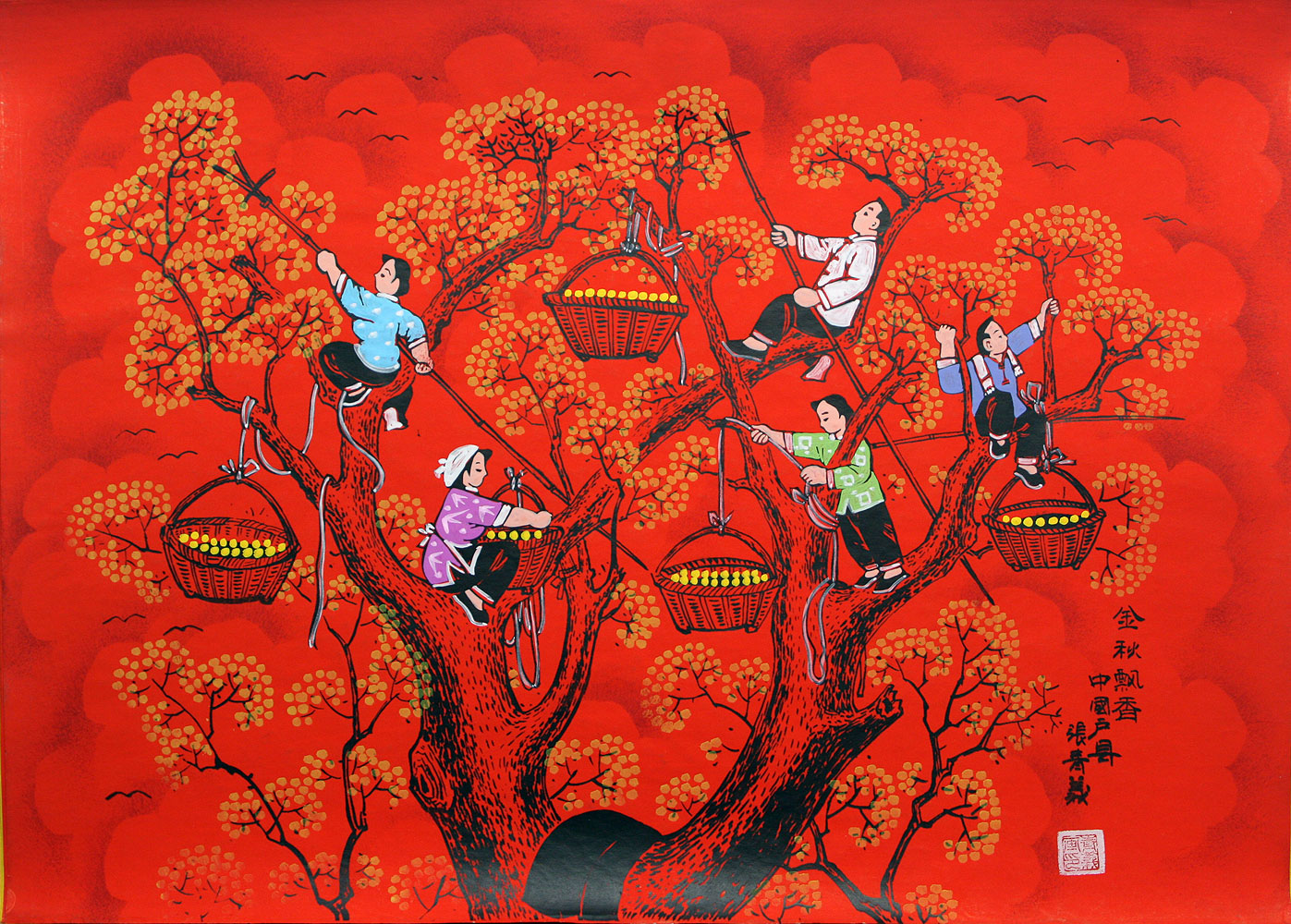 • Delivered to you in Ashburn by May 23rd.
• Standard shipping is just $3.80 for any order.
• Hand-Painted Artwork.
• Money-Back Guarantee.

The title refers to the wonderful smells that fill the air as the golden fruits of autumn ripen. This painting features a fantasy scene of village farmers picking fruit.