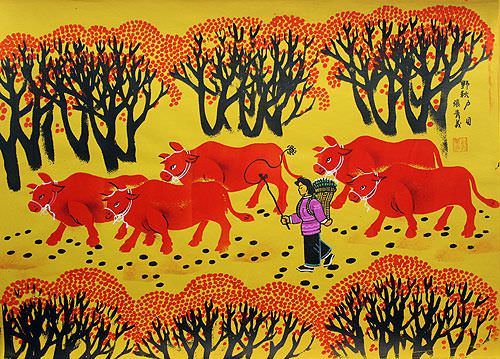 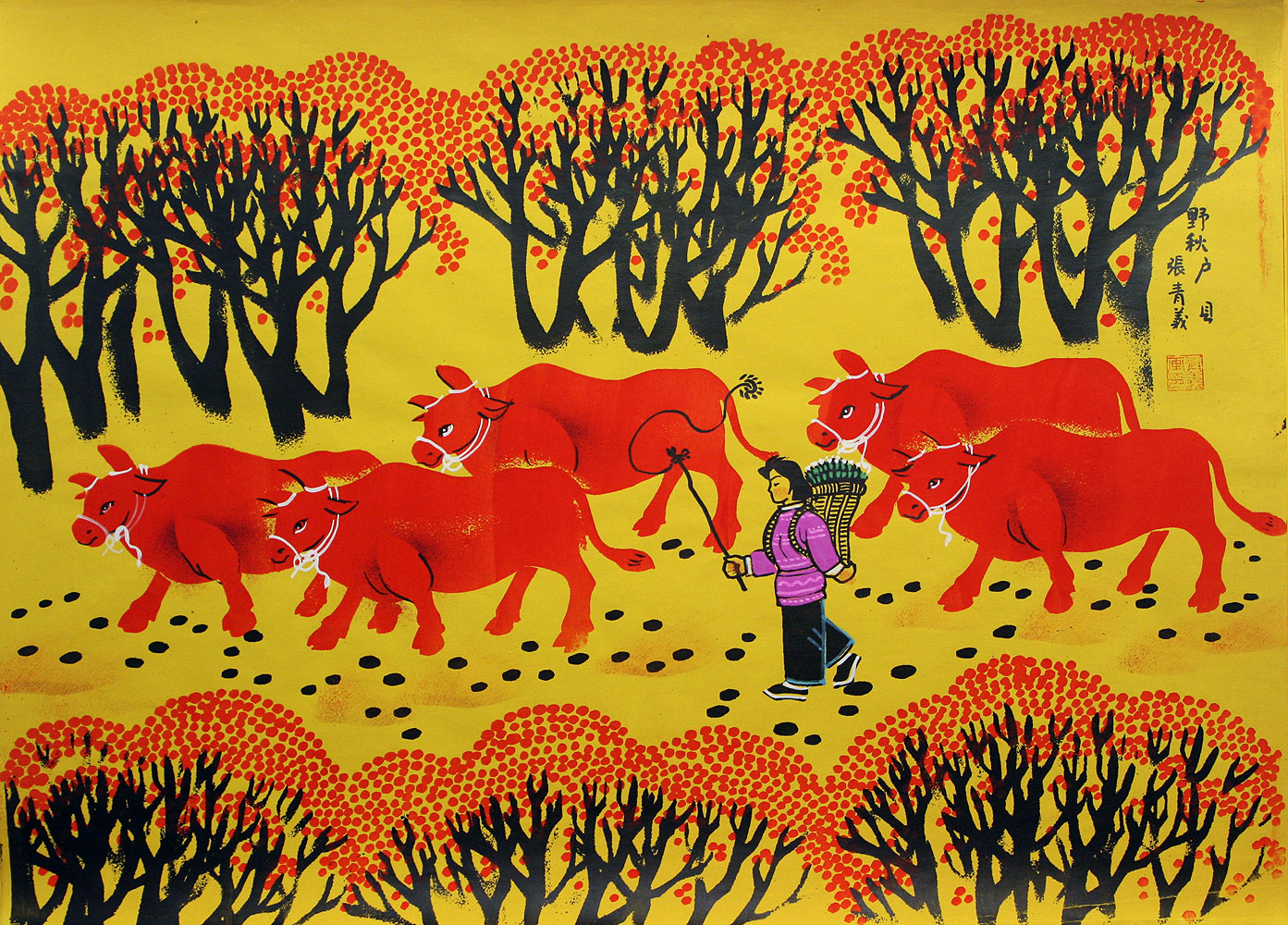 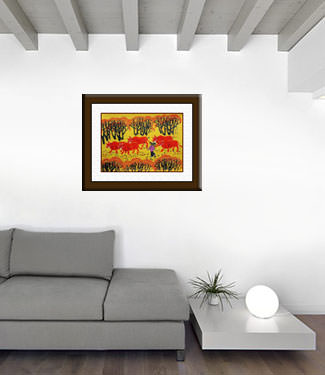 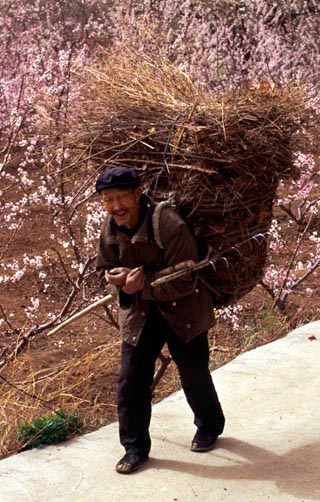 A nice painting featuring a woman and her oxen. She also carries a "backpack basket" full of wood or vegetables that she's collected.