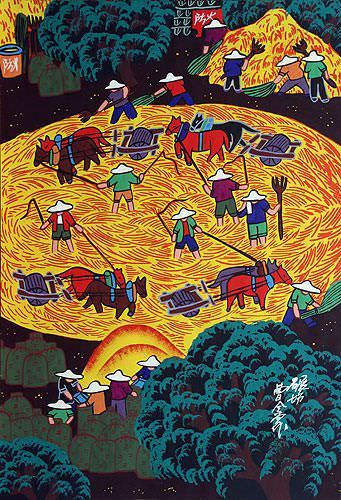 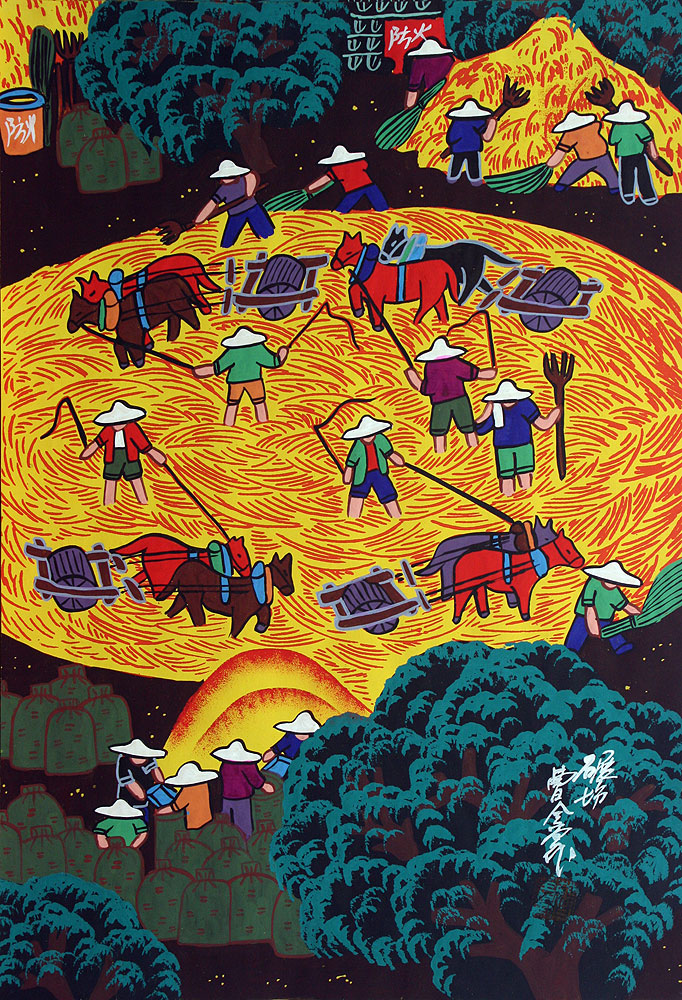 Here a stone roller is used to husk this harvest of rice in the very traditional way. You can still find this done in villages around the rice paddies of Southern China.