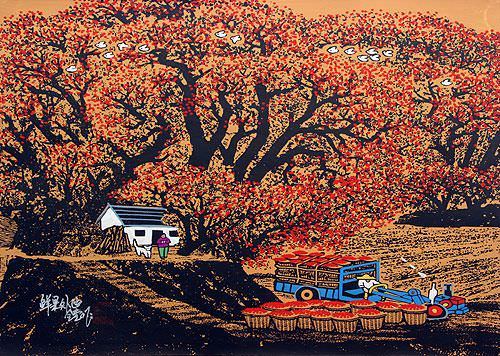 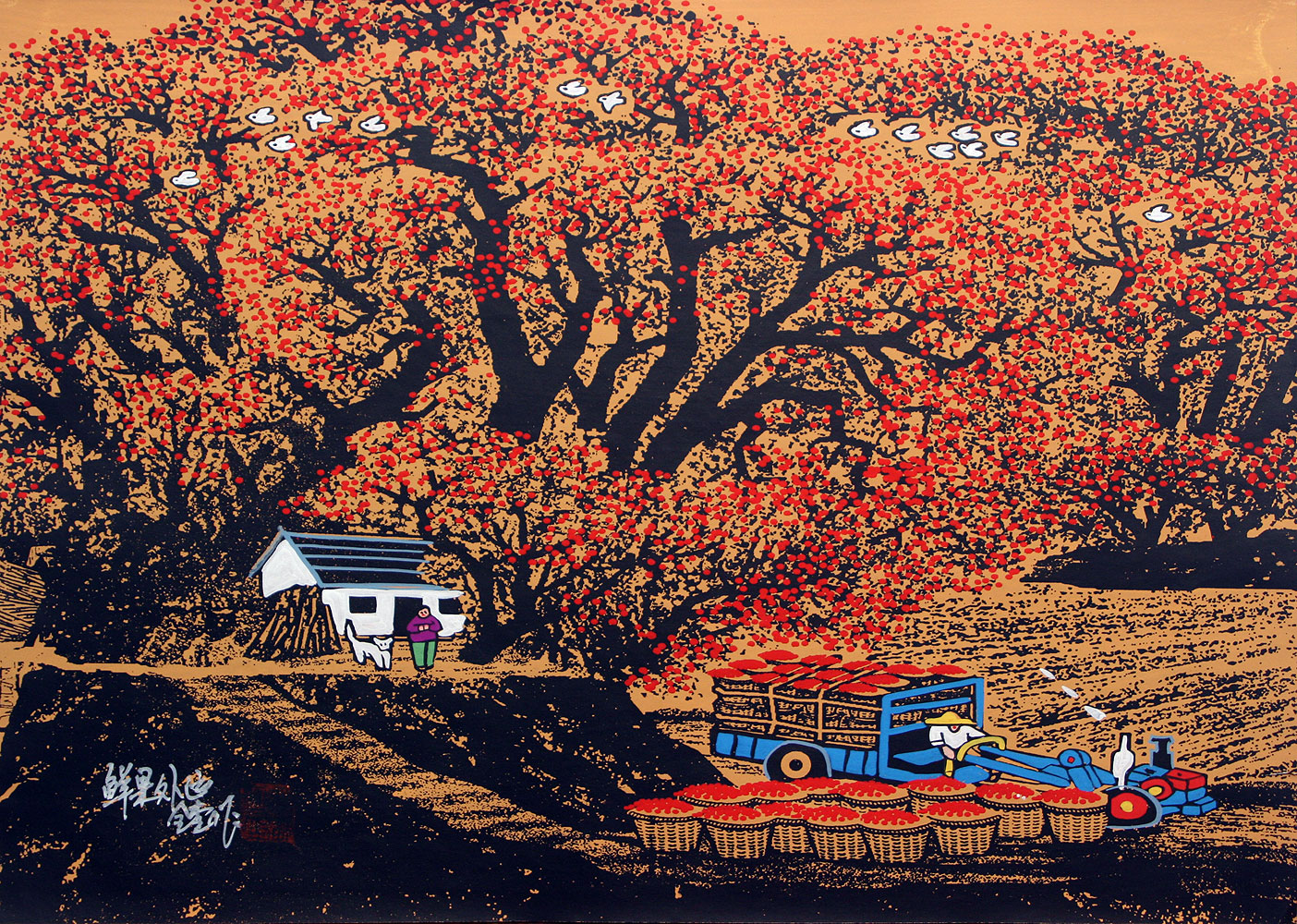 This features a Chinese-village style transporter. It's hard to explain what it really is if you've never seen a real one. The front is a souped-up lawn-mower engine. The handle bars go from the engine to the driver almost like reins from a horse (before the invention of the petrol engine, there probably was a horse or ass in front of trailers like this). The steering is rather primitive, and there's no reverse gear, thus the operator must think about his route well ahead as U-turns are nearly impossible.