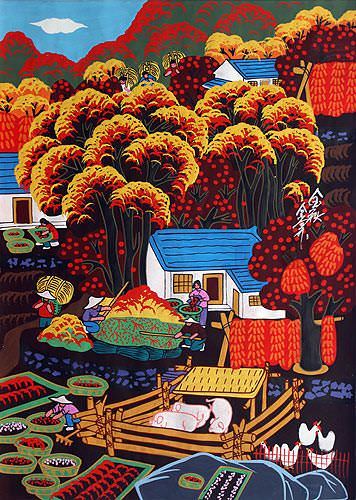 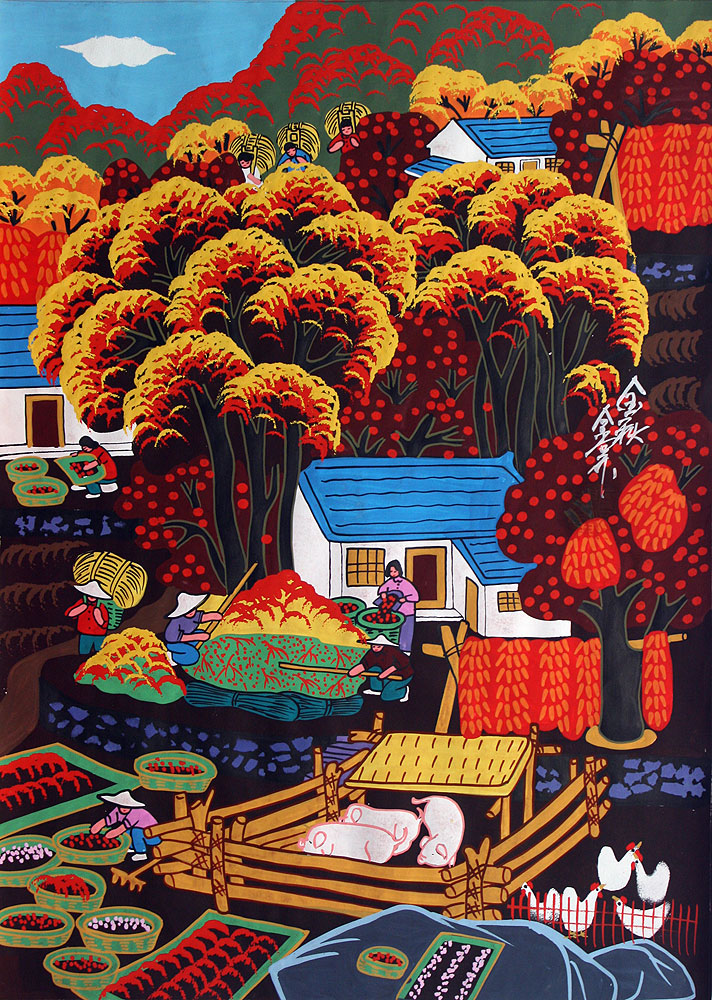 • Delivered to you in Ashburn by May 26th.
• Standard shipping is just $3.80 for any order.
• Hand-Painted Artwork.
• Money-Back Guarantee.

A beautiful painting that depicts village life as the harvest comes in during the fall. Bushels of fruits, grains, and vegetables arrive, as fat pink pigs and plumb white chickens frolic in their pens.