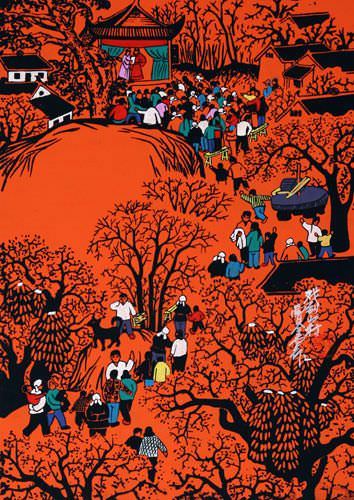 The Chinese title is "Xì dào shān cūn" which means "Play Arrival Mountain Village". Grammar is a little different, so this is about arriving or coming upon a play in a mountainous village.

This depicts a village scene with people heading up the hill to see a play at the little theater.