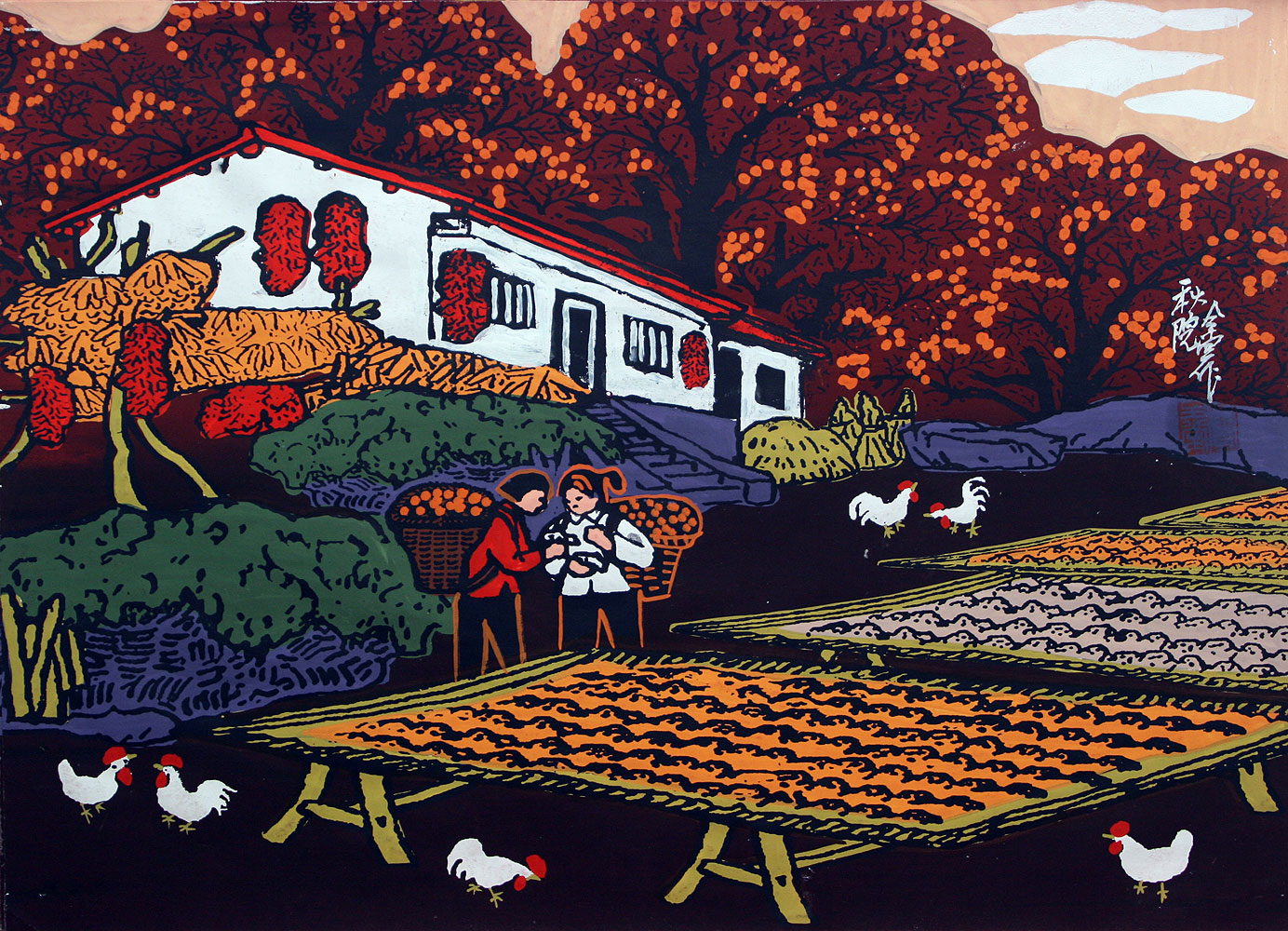 • Delivered to you in Ashburn by Nov 28th.
• Standard shipping is just $3.80 for any order.
• Unique Hand-Painted Art - Limited Supply.
• Money-Back Guarantee.

This painting features two villagers with heavy baskets full of fruit that they just harvested. Beyond the direct translation, the title of this painting suggests that food production is in high gear at the moment depicted here.