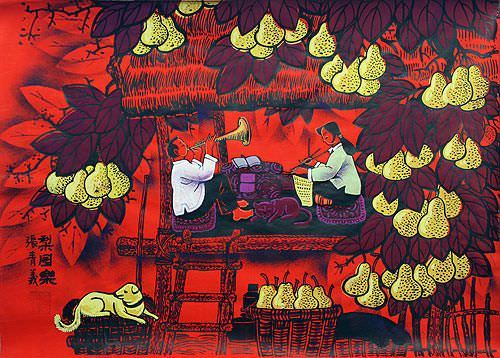 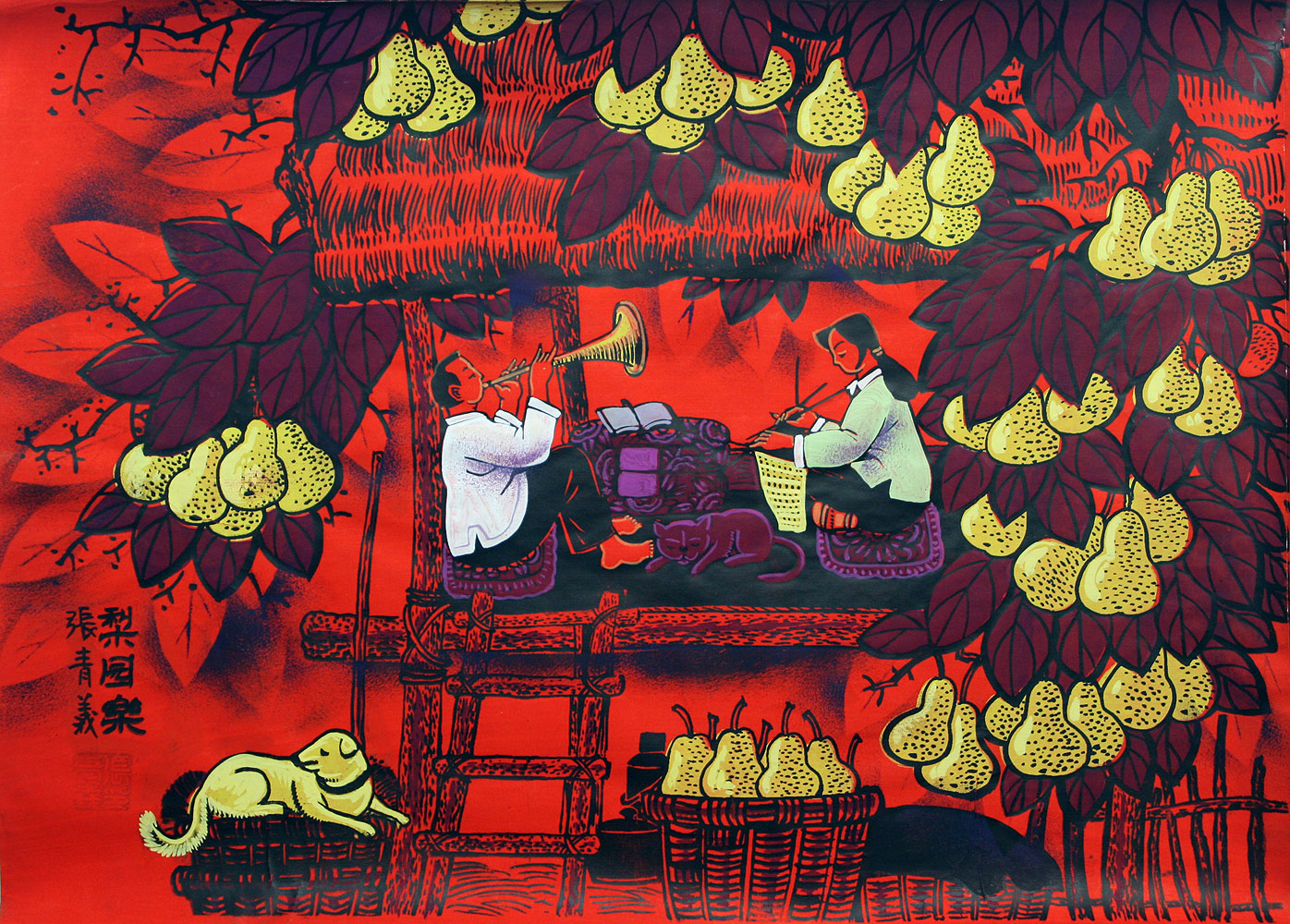 • Delivered to you in Ashburn by May 23rd.
• Standard shipping is just $3.80 for any order.
• Hand-Painted Artwork.
• Money-Back Guarantee.

This painting features a couple making music in the middle of their pear grove, as their dog looks on.