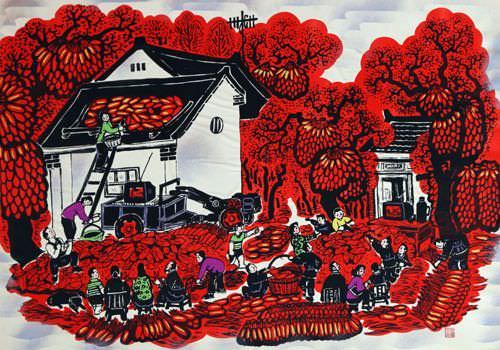 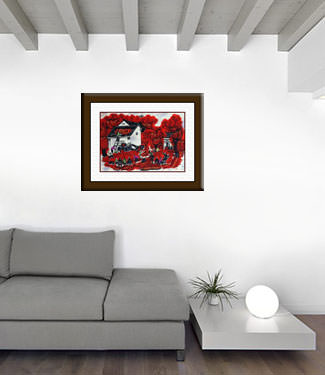 This painting is not titled, but has the artist's signature seal. This painting seems to depict the work of harvesting and drying red papers.