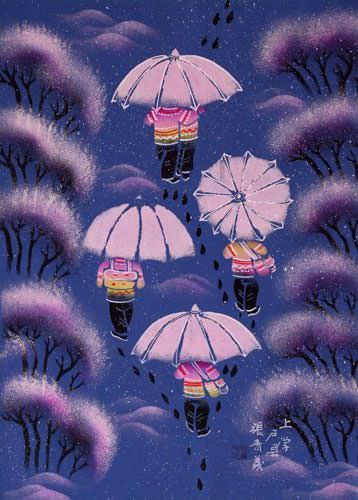 • Delivered to you in Ashburn by Dec 2nd.
• Standard shipping is just $3.80 for any order.
• Hand-Painted Artwork - Each one is unique.
• Money-Back Guarantee. 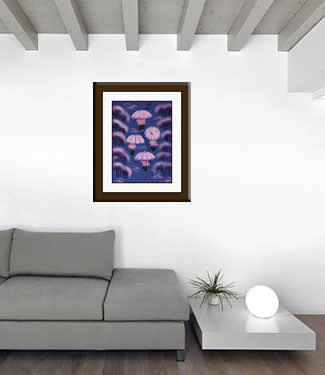 This painting features kids walking to school in the winter. Each child carries an umbrella to protect from the falling snow.

The title written on this painting means "Going-To School". It actually says "Up School", but the word for up in Chinese is used to mean embarking (on a bus, car, train, or starting a trip) in the context. The rest of the characters say "Huxian" (the county in Shanxi Province where the artist is from), and the artists signature.

There are few school buses and parents generally don't have cars (at least not traditionally), so kids walk to school in any kind of weather. This painting is the Chinese version of, "walking to school 10 miles up hill both ways in the snow", just like your grandfather told you he did.