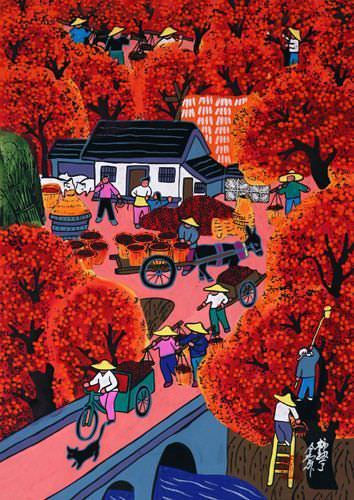 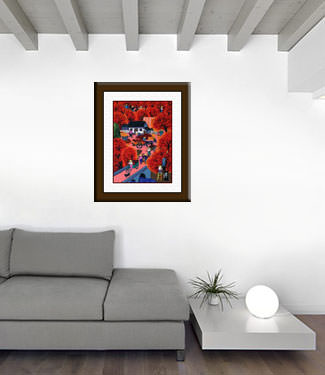 We kind of directly translated the title above. A better way to express it in English might be "Persimmons Ready for Harvest".

This depicts a village scene of persimmon harvesting. These are Chinese persimmons which are a bit different than the ones we enjoy in the west. They have a leather-like orange skin, and are filled with jelly-like juice that you can squeeze directly into your mouth to enjoy.

After the harvest, you can find this fruit at roadside markets and tricycle carts (produce is often sold from the back of cargo tricycles around China).