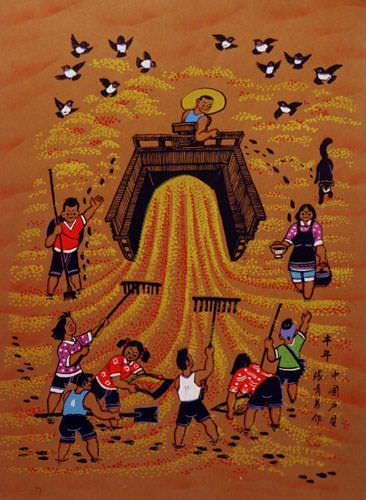 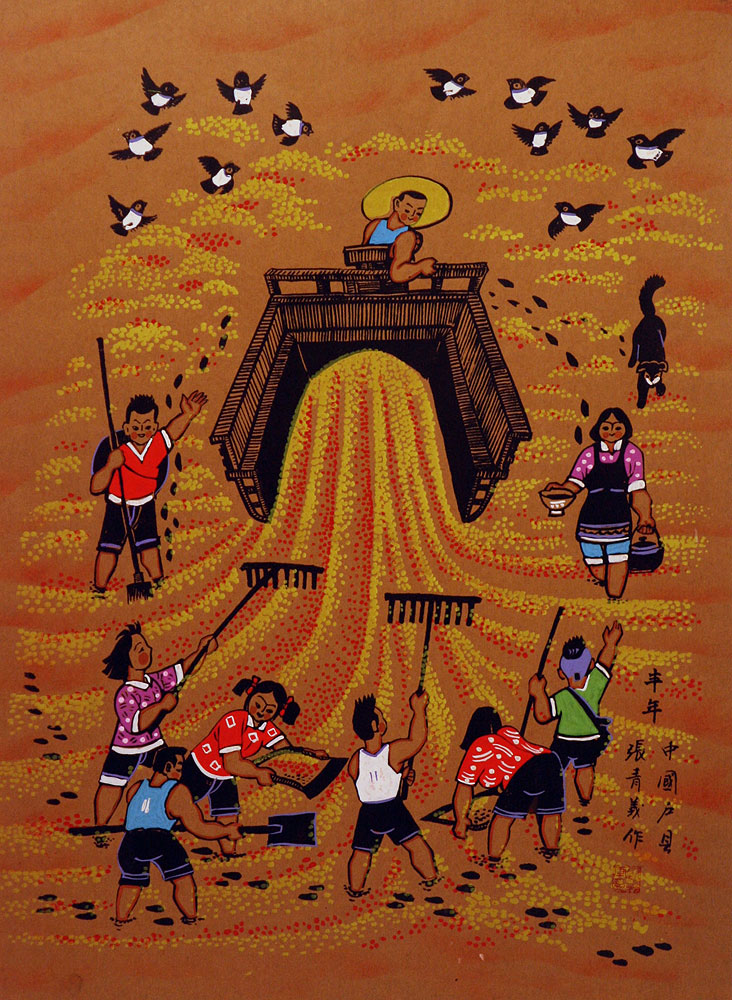 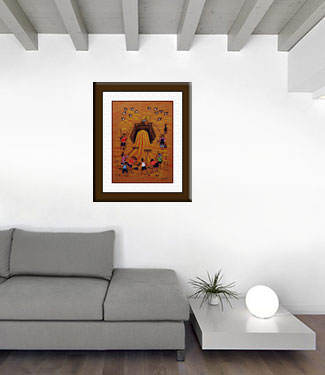 The Chinese title of this painting is "Feng Nian". Feng can mean "good", "plenty", or "abundant". Nian means "year". Thus, this title can be translated simply as "Abundant Year".