• Delivered to you in Ashburn by Nov 28th.
• Standard shipping is just $3.80 for any order.
• Hand-Painted Artwork - Each one is unique.
• Handmade Wall Scroll.
• Money-Back Guarantee. 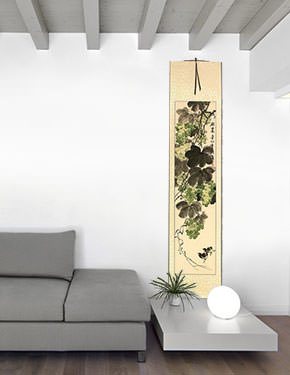 This bird artwork will look great in your home or office.

This artwork features two birds below some huge grapes.

The title is 碩果 which literally means "giant fruit" but is a colloquial way to say, "great harvest" or "great achievement" in Chinese.