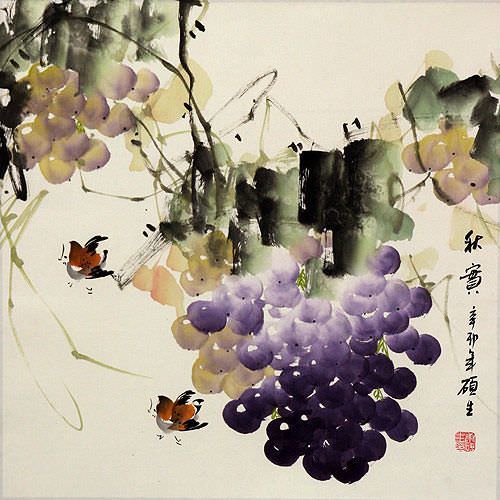 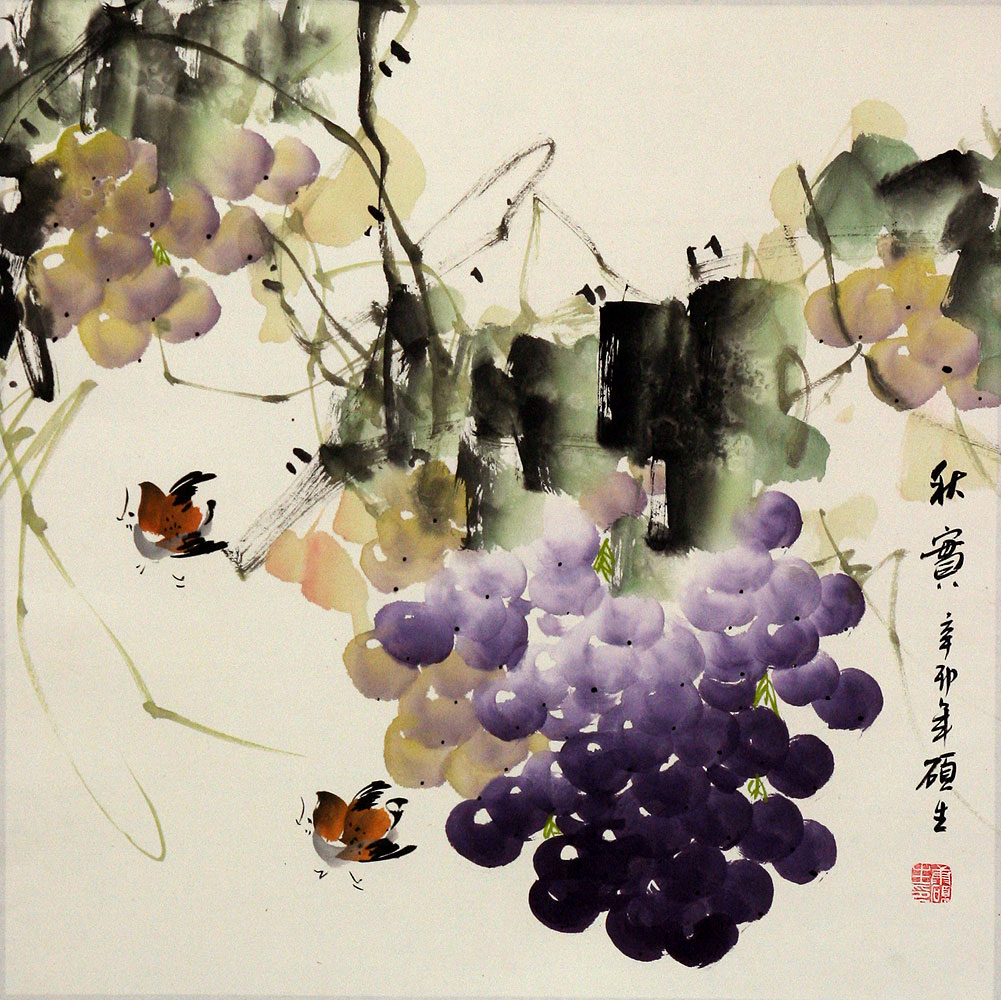 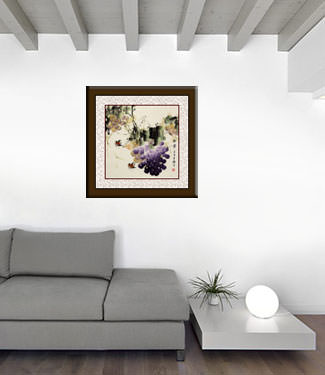 This painting features two birds flying by a grapevine.

The title of this piece is 秋實 (Qiū Shí). It basically means, "The Truth of Autumn" or "Autumn Reality".

The inscription and signature read, "辛卯年 碩生" which translates roughly as, "8th-Heavenly-Stem [of the] 4th-Earthly-Branch Year (An indication this was painted in 2011), Shou Sheng (the artist's given name)".