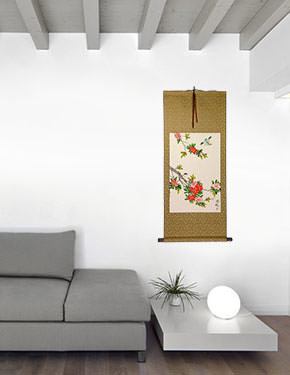 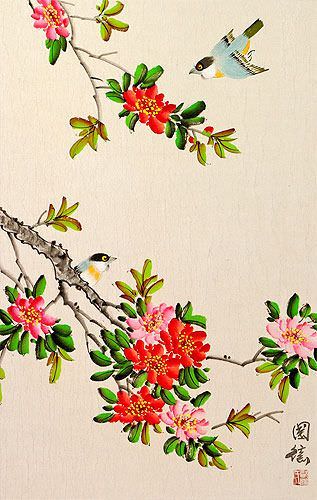 Two birds fly by and alight on this flowering branch.