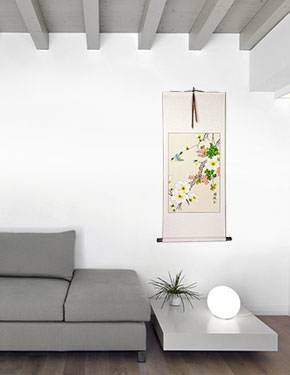 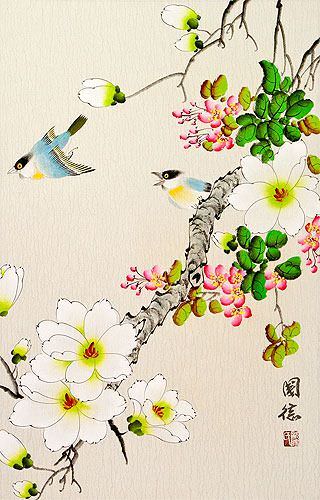 Two birds fly and pause around this blossomed branch.

Note: This is painted on special watermark paper that has an interesting pattern in the background. It's handmade, so there are sometimes some husks or artifacts embedded in the paper.