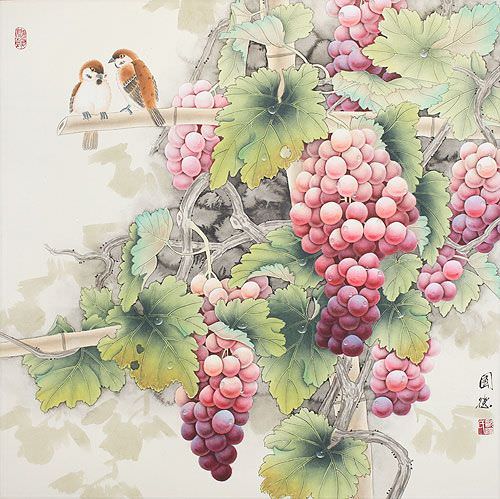 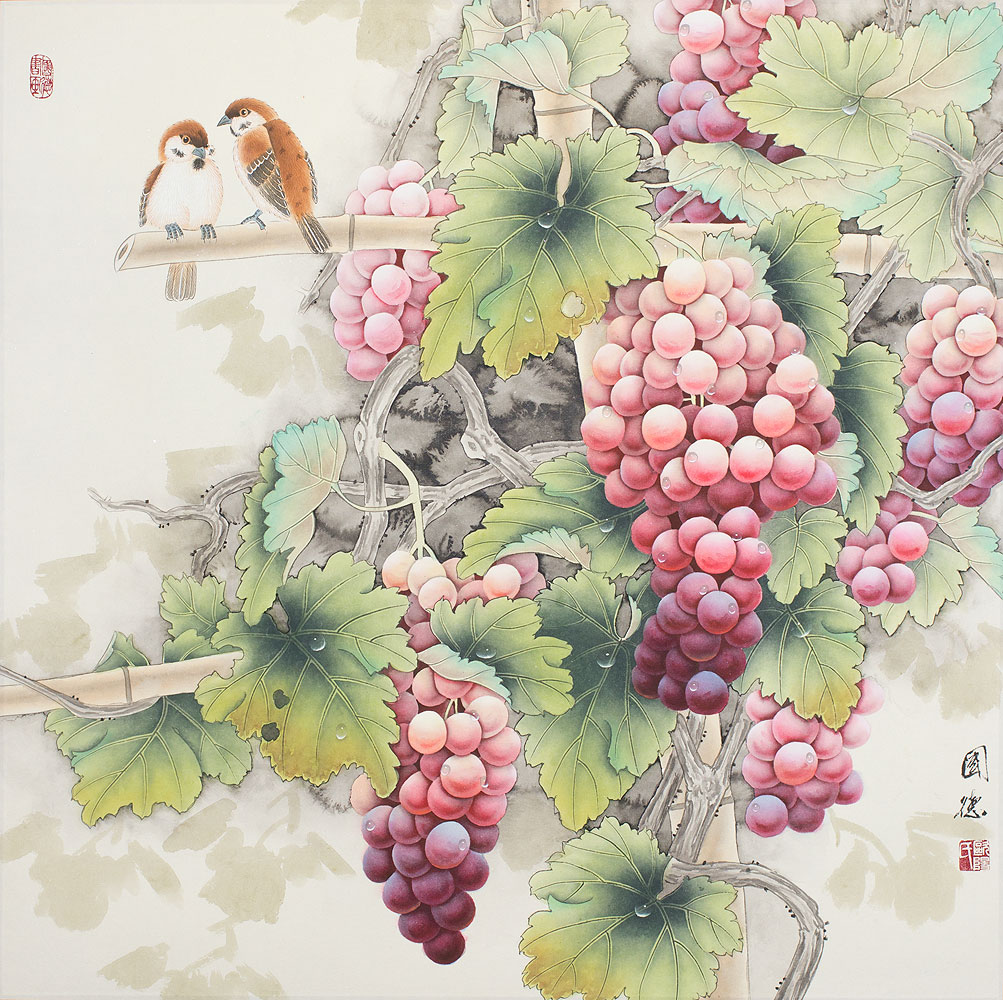 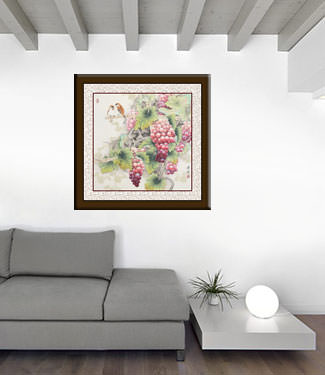 This is a very colorful and detailed painting (one of my favorites). The grapes are so juicy-looking that they seem to jump off the paper. This painting has an almost 3D effect, though on perfectly flat paper.