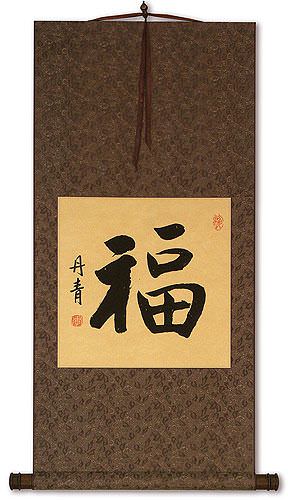 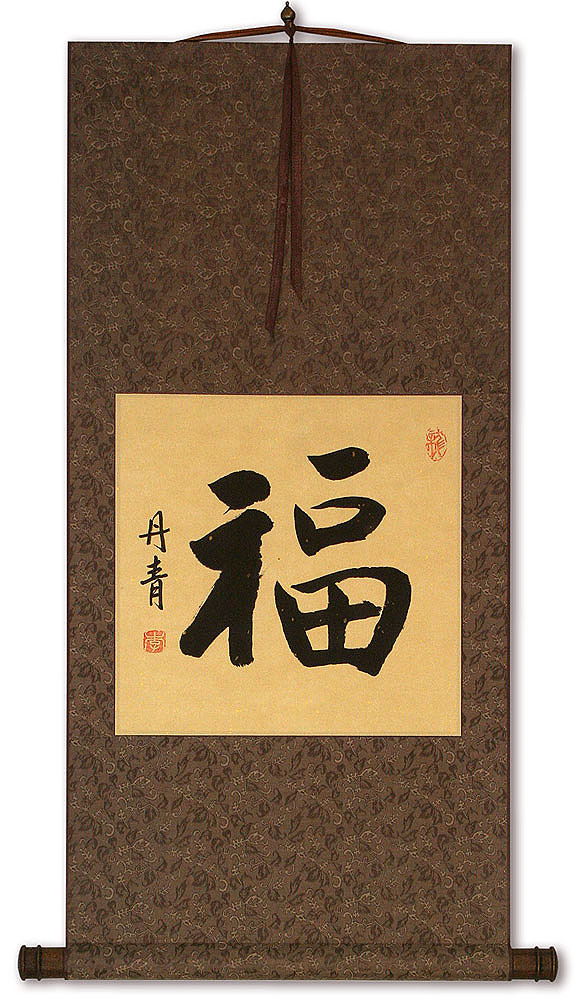 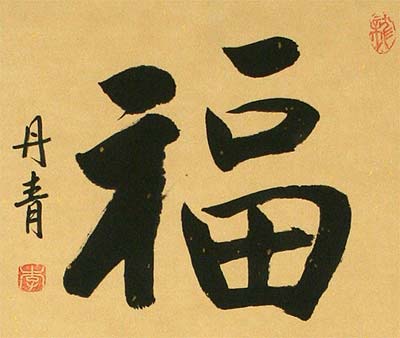 This Character is pronounced "FU" in Chinese.

The character "FU" is posted by virtually all Chinese people on the doors of their homes during the Spring Festival (closely associated with the Chinese New Years).

One tradition from the Zhou Dynasty (beginning in 256 B.C.) holds that posting "FU" will keep the goddess of poverty away.