Enter your email below, and get an automatic notice when results for Japanese Snapping Turtle are added or updated... 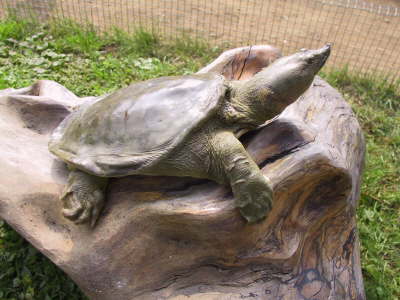 Japanese: 鼈 means "snapping turtle" or "mud turtle." But rarely used as a single Kanji like this in Japanese.

Chinese: 鼈 means soft-shelled turtle. A specific species, Trionyx Sinensis which is native to Asia.
In China, this species is related to the "wang ba," a soft-shelled turtle sometimes known in English as a banjo turtle (due to its long neck, and general shape). Unfortunately, there is a word, "wang ba dan" which means the egg of this species of turtle. That term has come to mean "bastard" in Chinese (a turtle hatches from an abandoned egg, and does not know who his mother or father is). 鼈 is not a good selection for a wall scroll if your audience is Chinese.

General notes: You may notice that the bottom half of this character is the same as some other turtle-related titles. That bottom half is actually an ancient character that means "toad." 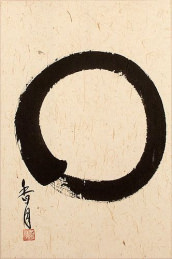