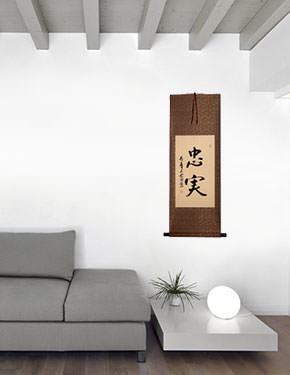 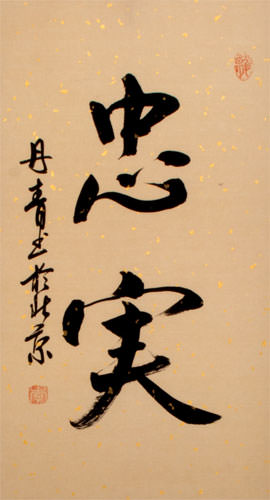 This is the Japanese way to write "Loyalty" - it also contains the ideas of "being faithful and true".

This is part of the Bushido or Way of the Warrior in Japan.