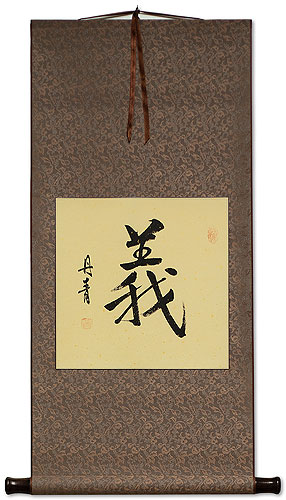 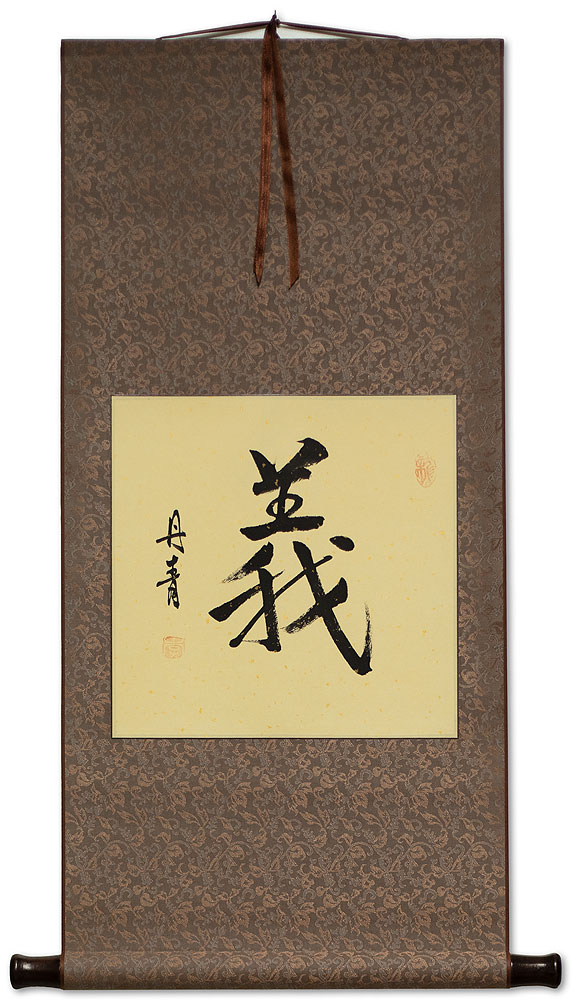 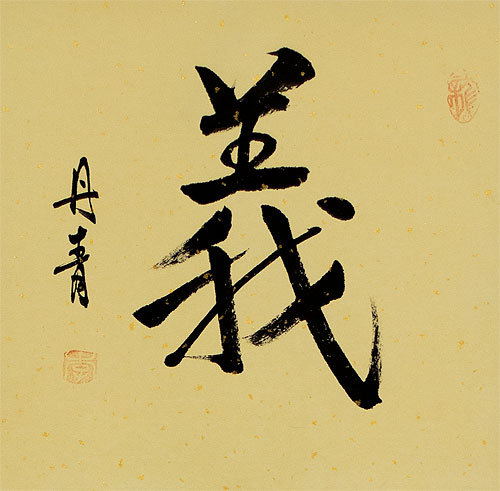 This character can also be defined as righteousness, justice, morality, honor, or "right conduct". In more a more expanded definition, it can mean loyalty to friends, loyalty to the public good, or patriotism. This idea of loyalty and friendship comes from the fact that you will treat those you are loyal to with morality and justice.

This is also one of the five tenets of Confucius doctrine. From the origin of Confucius, this idea went on to become part of the Bushido (Way of the Warrior, or Samurai Code) in Japan.

Pronounced "yi" in Mandarin Chinese and Korean (sounds like saying the letter "E"), and like "gi" in Japanese (sounds like "gee"). Same meaning in all three languages.

If this is not the color or style you want, please note that we have lots of options for custom Justice calligraphy wall scrolls here!