Personalize your custom “Boat” project by clicking the button next to your favorite “Boat” title below...

1. The incompetent boat pilot blames the river for his shortcomings

2. Mark the boat to find the lost sword / Ignoring the changing circumstances of the world

3. Not Only Can Water Float A Boat, It Can Sink It Also

6. Regardless of the Weather, We Overcome Troubles Together

The incompetent boat pilot blames the river for his shortcomings

This literally translates as: [One who] cannot steer the boat blames the bends in the river.

Figuratively, this means: One who is incompetent always tries to shift the blame elsewhere.
This is similar to the English idiom, "a poor workman/craftsman blames his tools".

刻舟求劍 is an originally-Chinese proverb which serves as a warning to people that things are always in a state of change.

Thus, you must take that into account, and not depend on the old ways, or a way that may have worked in the past but is no longer valid.

This idiom/proverb comes from the following story:
A man was traveling in a ferry boat across a river. With him, he carried a valuable and treasured sword. Along the way, the man became overwhelmed and intoxicated by the beautiful view, and accidentally dropped his prized sword into the river. Thinking quickly, he pulled out a knife and marked on the rail of the boat where exactly he has lost his sword.

While this man may seem foolhardy, we have to take a great lesson from this parable: Circumstances change, so one should use methods that can handle the change. In modern China, this is used in business to mean that one should not depend on old business models for a changing market.

This proverb dates back to the Spring and Autumn period (770–476 BC) of the territory now known as China. It has spread and is somewhat known in Japan and Korea.

方舟 is the Chinese, Japanese, and old Korean name for an ark (as in Noah's Ark).

The literal translation is the square boat.

高速 means "high speed" or "in high gear" in Chinese and Japanese Kanji.

In old Korean Hanja, it also means "high speed" but can also be a nickname for "rapid transit".

高速 is the best selection if you want to say "speed" in regards to your race car, race boat, or lifestyle. You need this word, which literally means "high speed", as the Asian word for "speed" alone does not suggest whether you mean fast or slow.

Regardless of the Weather, We Overcome Troubles Together

The first four characters are often translated as, "Go ahead as planned regardless of the weather" or, "[Overcome] despite the rain and wind". The last four characters can mean, "Stick together" but literally means "Take the same boat [together]".

一帆風順 is just what you think it means. It suggests that you are on a trouble-free voyage through life, or literally on a sailing ship or sail boat. It is often used in China as a wish for good luck on a voyage or as you set out on a new quest or career in your life. Some may use this in lieu of "bon voyage".

The literal meaning is roughly, "Once you raise your sail, you will get the wind you need, and it will take you where you want to go". Another way to translate it is "Your sail and the wind follow your will".

一帆風順 is a great gift for a mariner, sailor, adventurer, or someone starting a new career.

Note: Can be understood in Korean Hanja but rarely used. 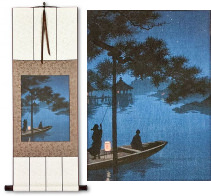 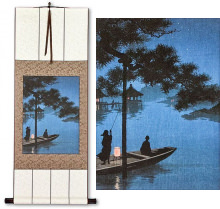 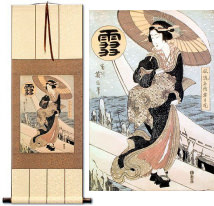 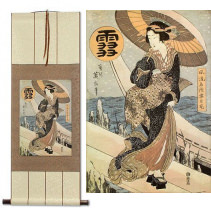 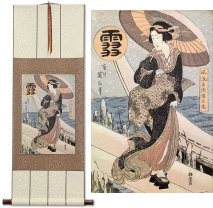 5 people have searched for Boat in Chinese or Japanese in the past year.
Boat was last searched for by someone else on Oct 10th, 2021