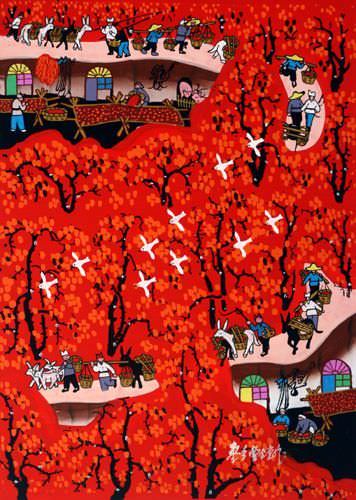 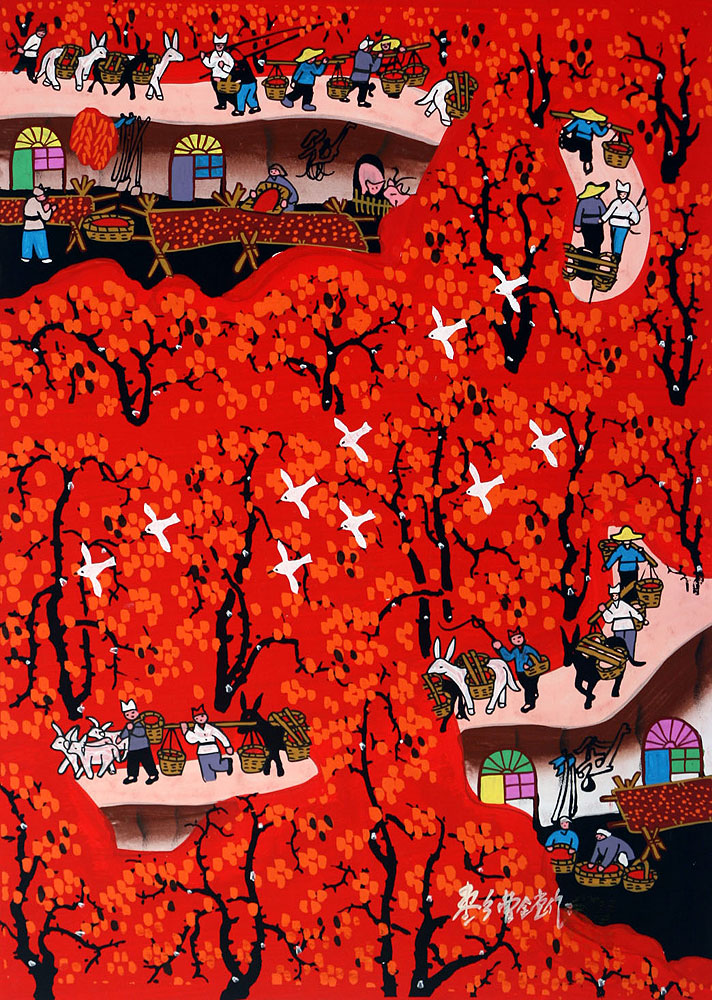 • Delivered to you in Ashburn by Nov 30th.
• Standard shipping is just $3.80 for any order.
• Unique Hand-Painted Art - Limited Supply.
• Money-Back Guarantee.

The Chinese title is "Zao Xiang" which means "Jujube Village".

This depicts a village scene of full of ripe jujube fruits (a favorite treat all over China).