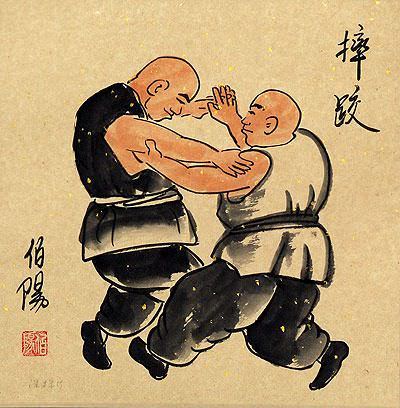 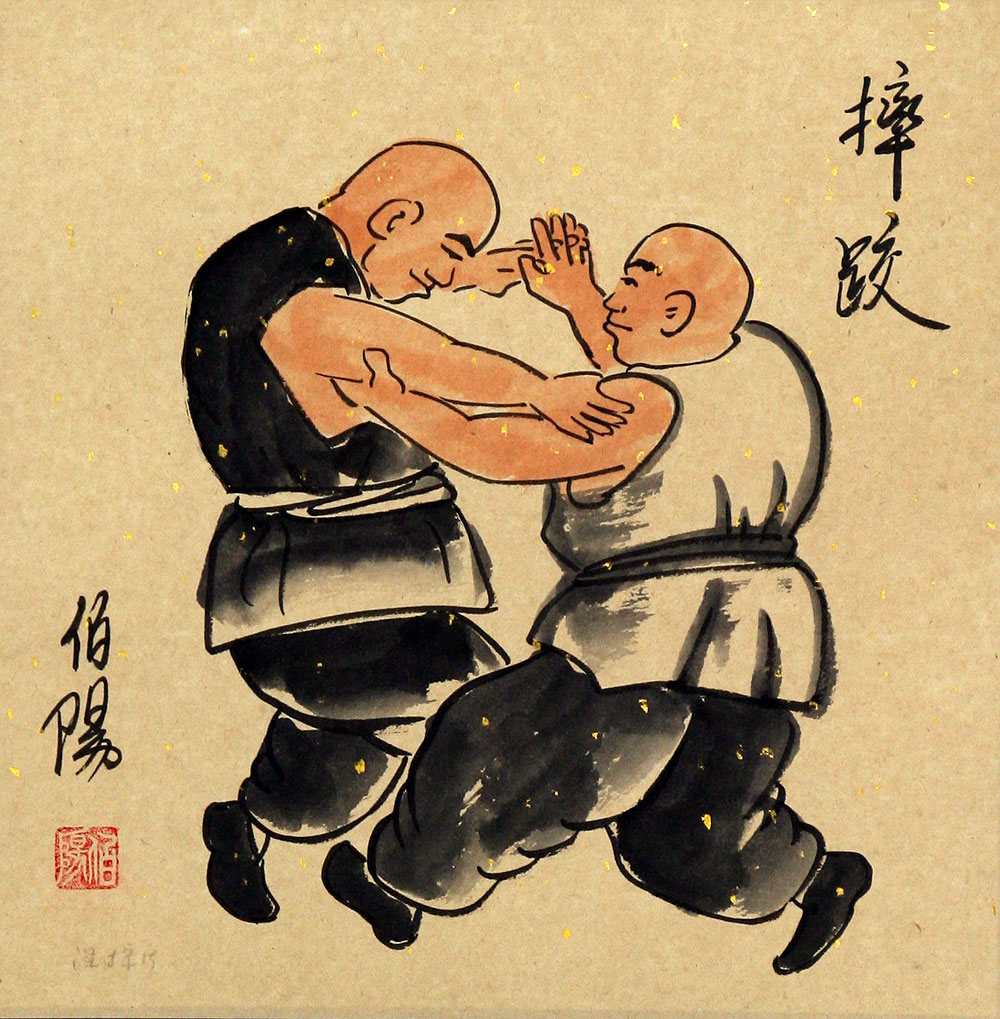 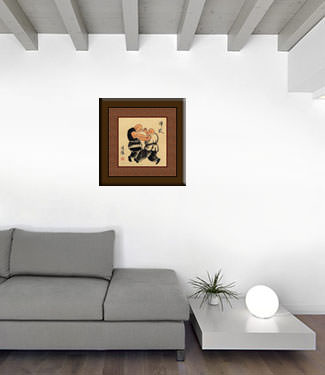 This painting depicts to men in a grappling or wrestling match. This might be for fun, or in some cases, a street performance in old Peking (people watching might put money in a hat or box if they enjoy the entertainment). I've heard rumors that wealthy people in old Peking might hold such a match in their courtyard, and invite friends to come, watch, and bet on the match.