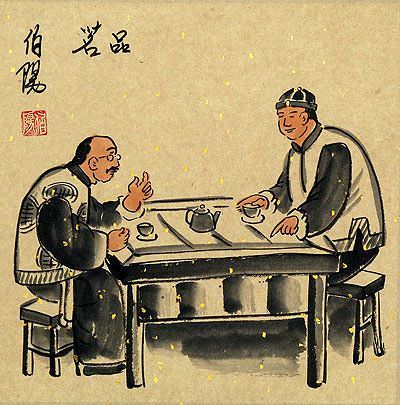 • Delivered to you in Ashburn by Sep 28th.
• Standard shipping is just $3.80 for any order.
• Unique Hand-Painted Art - Limited Supply.
• Money-Back Guarantee. 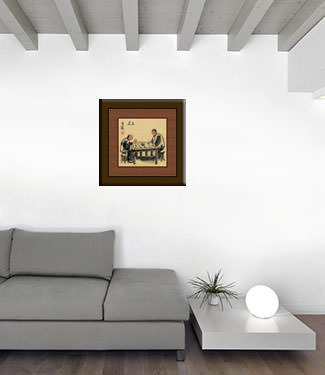 This painting features men sharing, drinking, tasting, and/or sipping tea. This scene plays out throughout old Beijing in the many traditional tea houses, and private homes. Tea is such a huge part of traditional Chinese culture, that businessmen will share several cups before even beginning to talk of business dealings or negotiations.

I am often on my seventh or eighth cup of tea before I mention to an artist that I want to buy his or her paintings. To rush such a transaction without tea would simply be rude and brash.