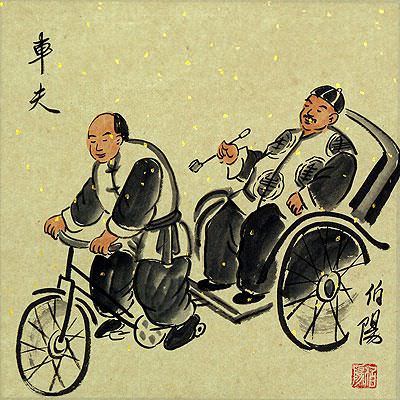 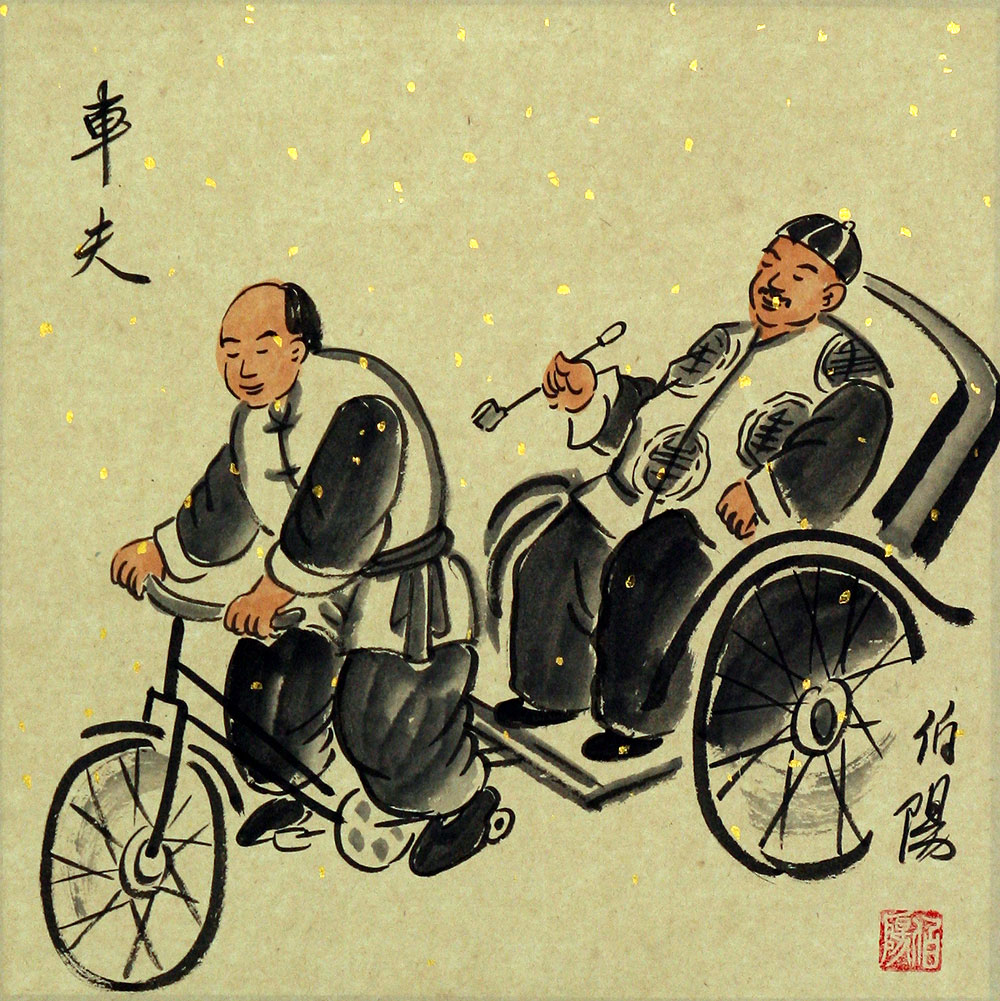 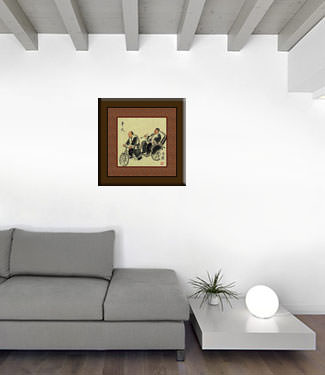 This painting features a man getting a ride on a pedicab in old Beijing. He is wearing a fine vest and hat while smoking a traditional pipe.