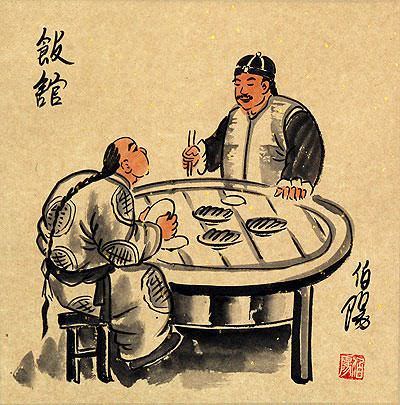 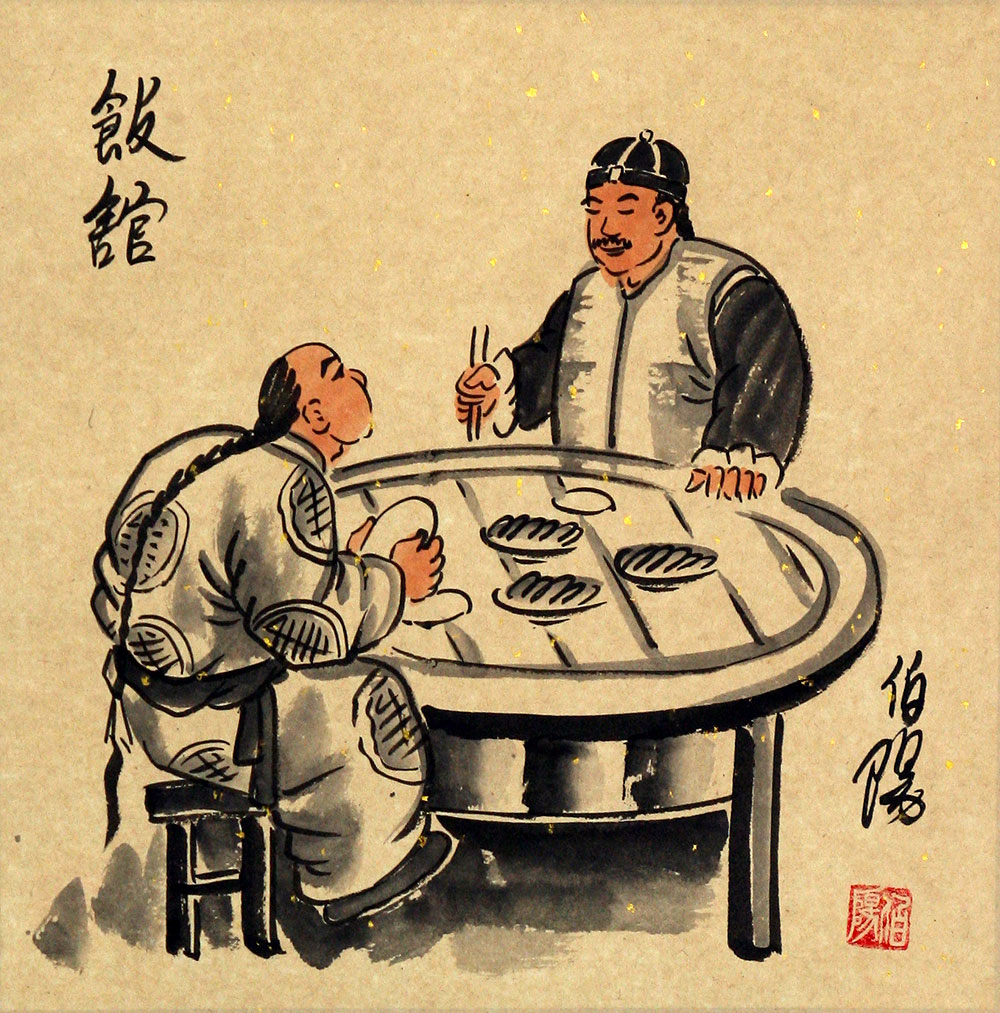 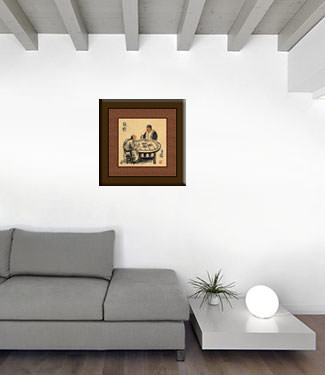 This painting features two men sitting down for a meal at a restaurant in old Beijing. While you can find many restaurants in Beijing selling the same traditional food, people no longer dress in late Qing Dynasty fashions as depicted in this painting.