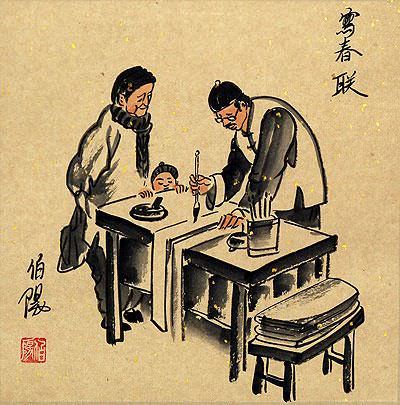 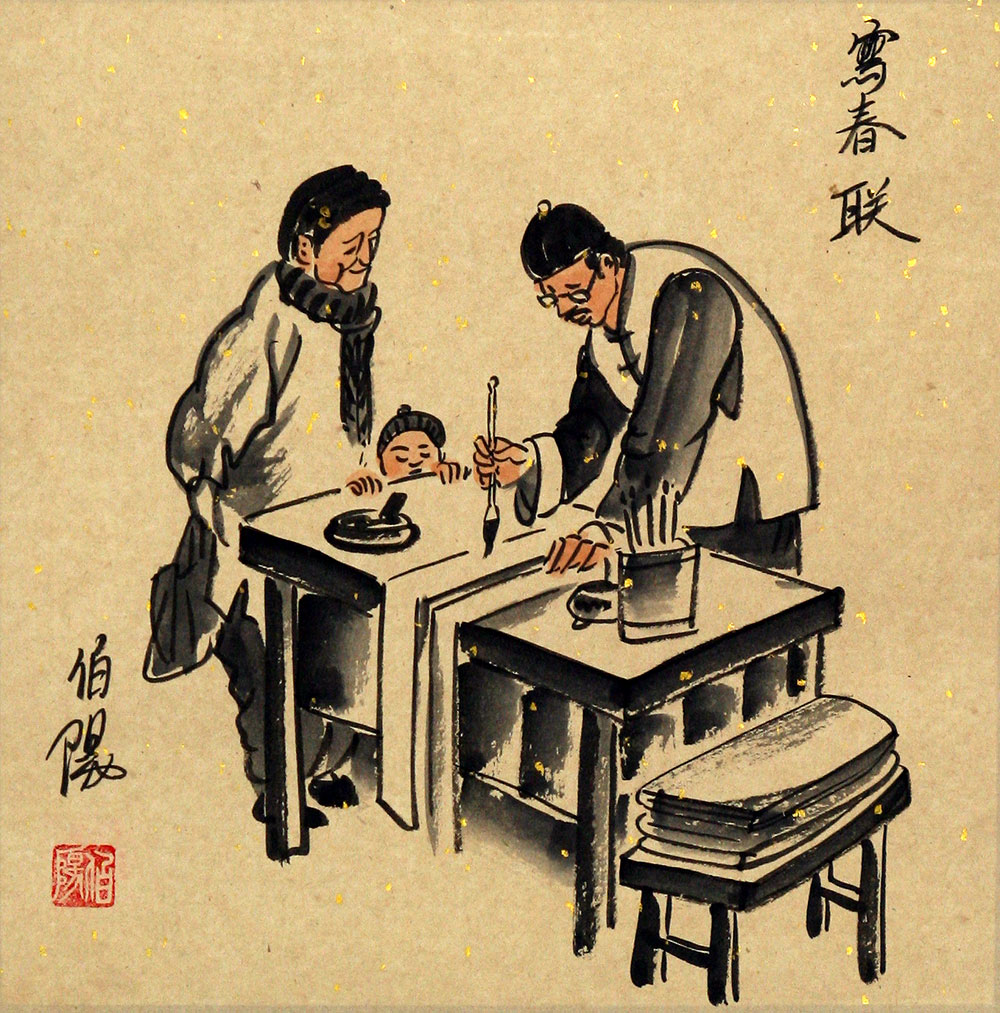 • Delivered to you in Ashburn by Dec 10th.
• Standard shipping is just $3.80 for any order.
• Unique Hand-Painted Art - Limited Supply.
• Money-Back Guarantee. 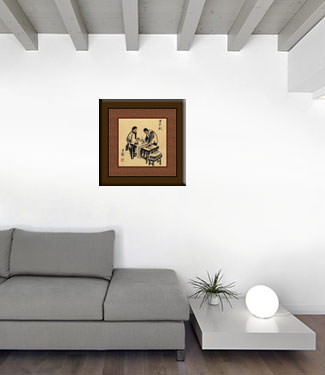 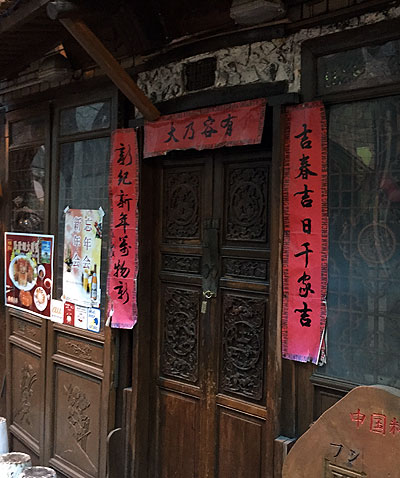 Even today, you will find couplets posted on doors in China. This one is on the door of a traditional restaurant.

This painting features a man writing a traditional calligraphy couplet. This is a two-part calligraphy where the first paper is pasted to the right side of the front door. The second is on the left, and completes the thought. These are put on doors during Chinese New Years (also known as Spring Festival).