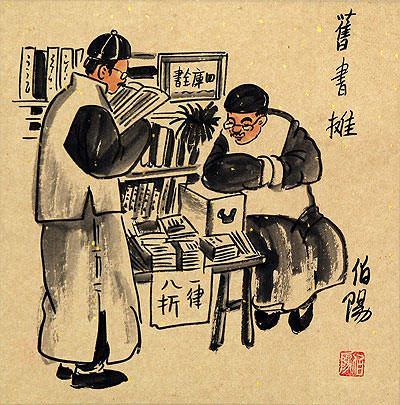 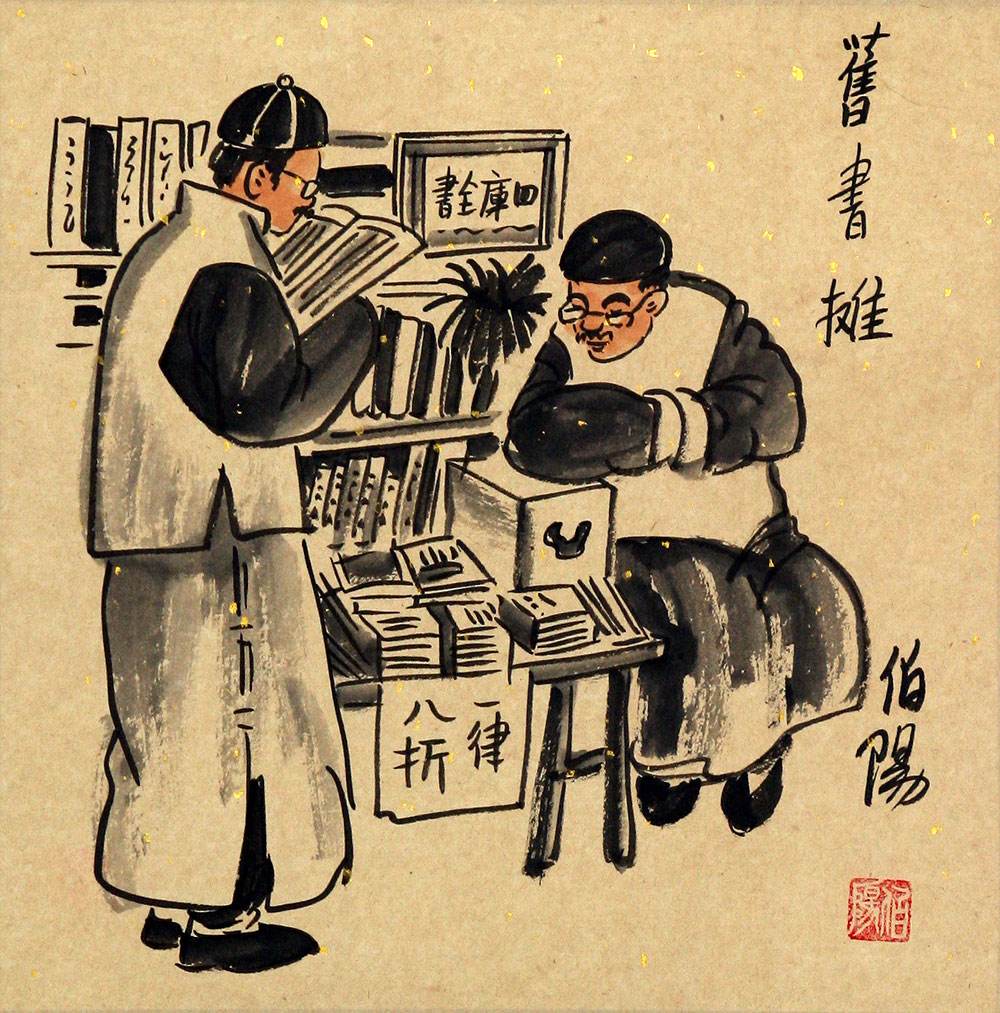 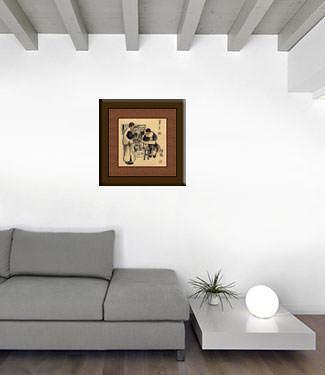 This painting features a man looking through second-hand, ancient, or old books. You can still find used book stands like this in Beijing, though people no longer dress in late Qing Dynasty fashions as depicted in this painting. The second man appears to be the vendor who looks on, as he hopes or waits for a sale.