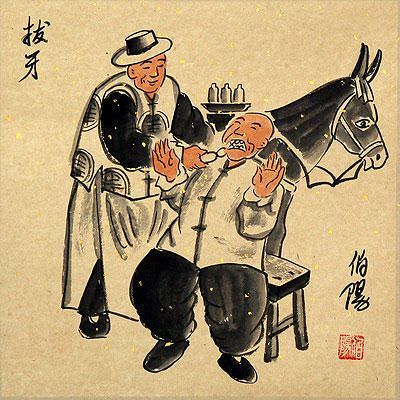 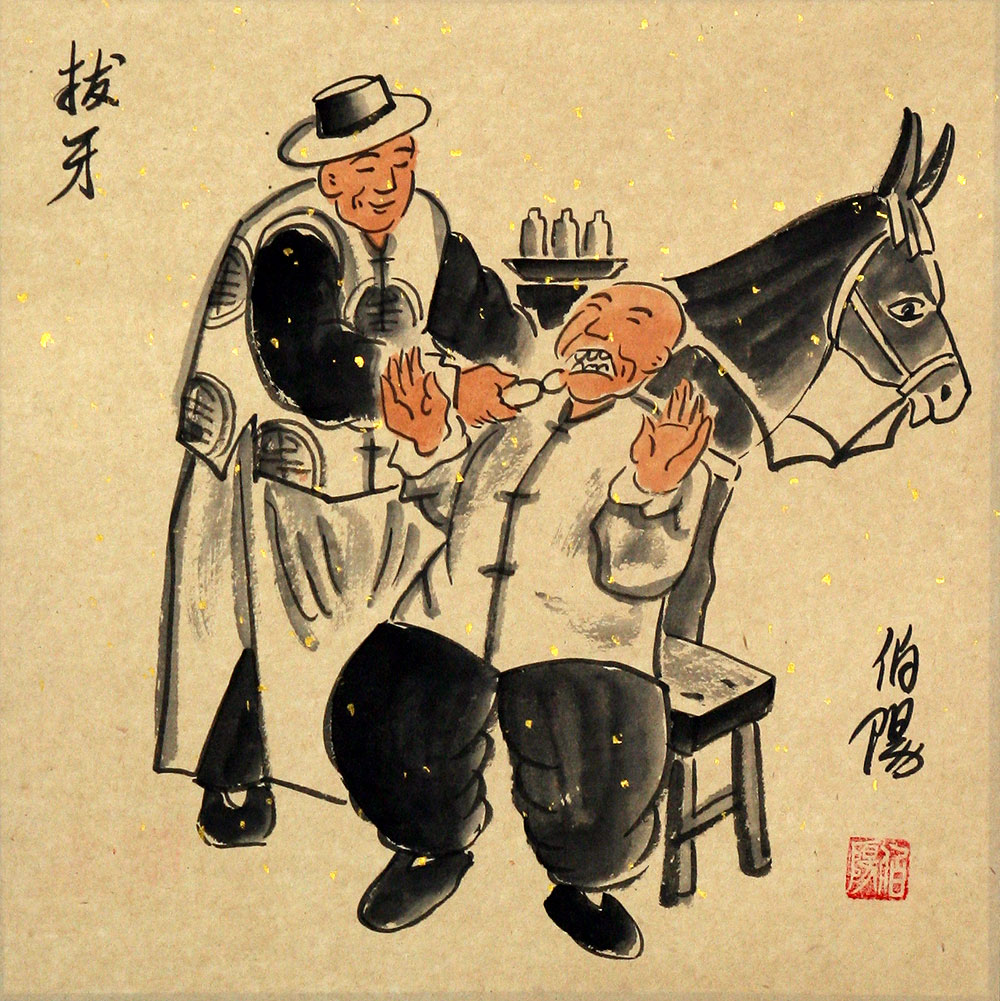 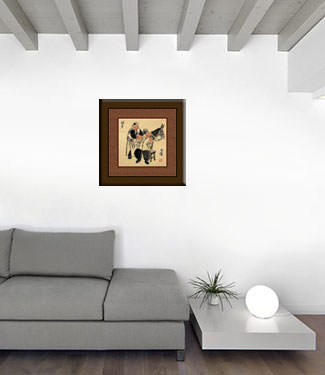 This painting features the closest thing you could get to a dentist in old Beijing. Even these days in remote parts of China, dentistry is done on the streets. In the scene of this painting, the donkey in the background with supplies on its back, suggests that this dentist is mobile. He likely sets up shop in different places each day, looking for people with troubled teeth.

The procedure was to rub ash pepper into the gums of the patient and pull the offending tooth. It's not a painless endeavor, and the ash pepper only slightly numbs the gums.

This painting might be a nice conversation piece for a modern dental office.