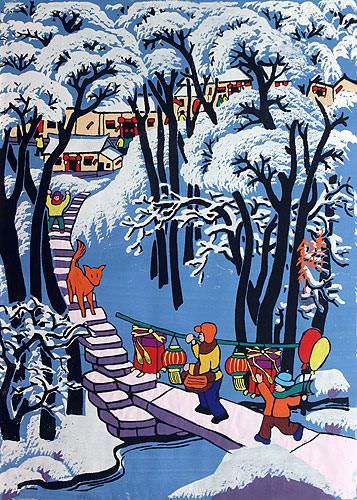 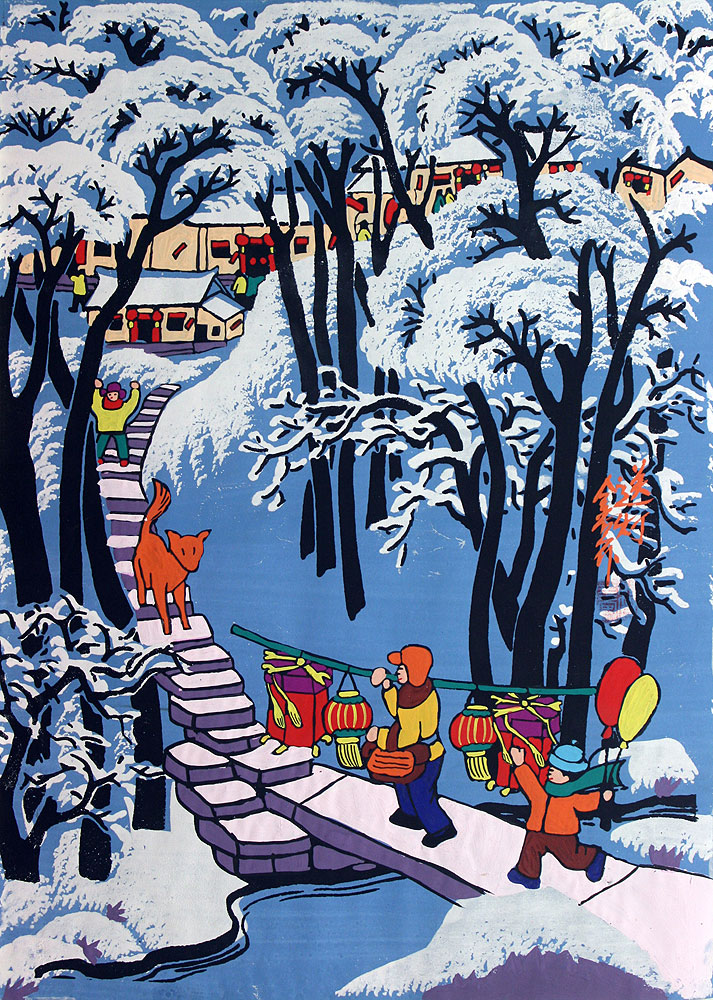 The Chinese title is Sòng Dēng which can mean to "deliver lanterns" or to "give lanterns". Here, a man arrives in the village carrying several lanterns on a pole. Some happy children and a dog come to greet him. This will no doubt be for the annual lantern festival, which must be days or hours away in this scene. It's unclear whether this is a villager bringing lanterns for the kids, or a peddler of lanterns, ready to sell his wares.