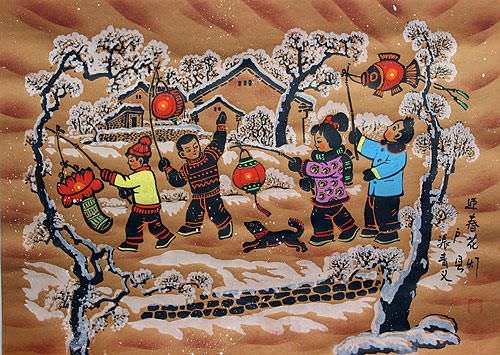 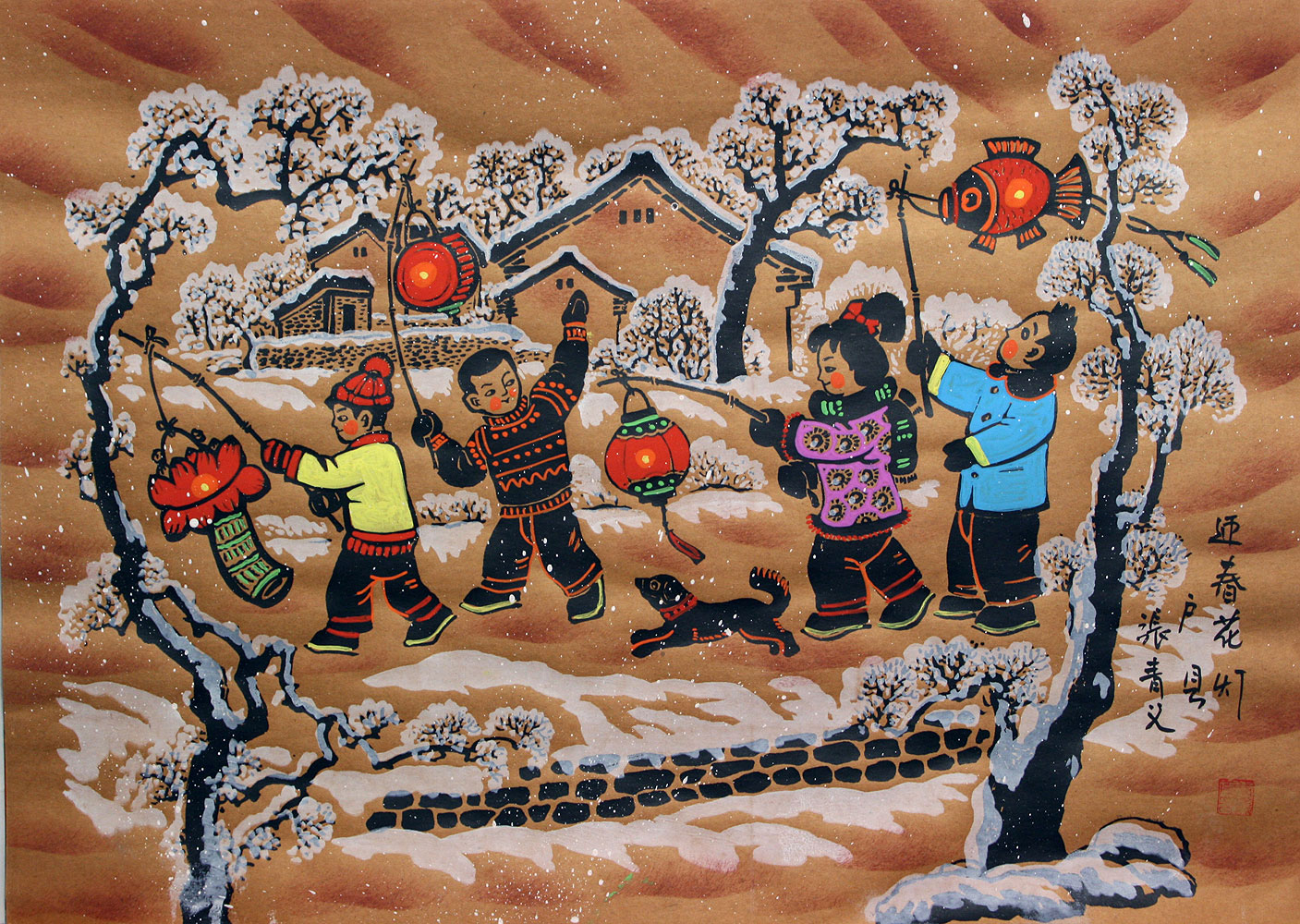 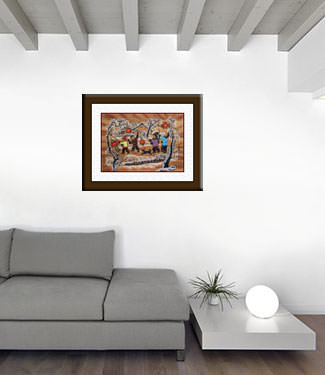 Some children have crafted these paper lanterns by themselves (perhaps with some help from their parents) and now celebrate the early Spring. In fact, this is most likely the day of the annual "Lantern Festival" which comes right after Chinese New Years (Spring Festival).

(which means Chinese Huxian County, the home area of the artist) is written on this painting. The inscription ends with the artist's signature.